In August of 2019, California became the first state in the U.S. to protect outdoor workers from wildfire smoke when they passed an emergency standard tied to the air quality index (AQI) and level of fine particulate matter (PM 2.5) in the air. To read more about the mandatory employer actions that trigger at various levels, see our article “California Adopts Rule to Protect Outdoor Workers from Wildfire Smoke.” The emergency standard was set to stay in effect for one year, at which point the Cal/OSHA Standards Board would adapt it if needed and issue a permanent regulation. 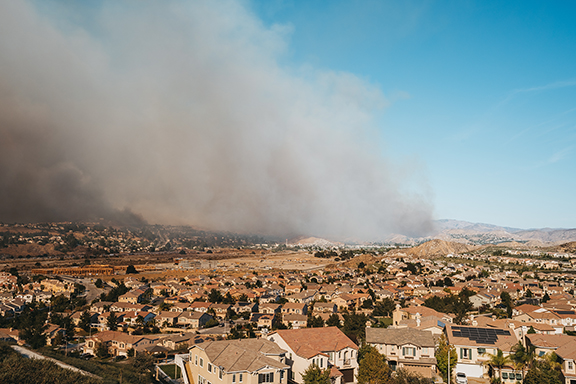 As that one-year deadline approaches, Cal/OSHA is moving forward with plans to make this regulation permanent (after extending the emergency standard through November due to COVID-19). Similar to the initial emergency rule, the proposed final rule has drawn strong criticism from industry groups, who claim it will be infeasible, and comments from labor groups, who cite the need for even stronger protections.

The comments submitted to Cal/OSHA by a coalition of industry groups list several concerns with the proposed final rule, including the potential for a respirator shortage due to COVID-19 or future pandemics. Referencing the requirement for employers to provide respiratory protection to outdoor workers when AQI and PM levels reach certain thresholds, the coalition wrote that “this blanket requirement is not practical or feasible during a pandemic or at other times when the available supply is limited.” The coalition notes federal OSHA guidance allowing the use of other respirators, such as N99s, P95s or P100s, and guidance allowing for extended use or reuse of N95s. They suggest “incorporating a permanent level of flexibility ... permitting employers during such times of shortage – even a local supply shortage – to provide other types of respirators similarly effective in reducing employee exposure as an alternative to N95 respirators.”

Unfortunately for the industry coalition, these claims don’t really hold up under scrutiny. First, the proposed standard doesn’t specifically require the use of N95 respirators – it calls for “NIOSH-approved devices that effectively protect the wearers from inhalation of PM 2.5.” That already allows employers flexibility to use other respirators if N95s aren’t available. The reference to a “local supply shortage” ignores the reality that responsible contractors in California can choose to plan ahead and maintain a supply of N95 or other respirators, rather than waiting until a wildfire breaks out to protect workers.

Most importantly, the coalition is attempting to exploit OSHA guidance issued during a temporary situation (the COVID-19 pandemic will end eventually, even if it doesn’t feel like it) to permanently weaken a standard designed to protect outdoor workers in construction, agriculture and other industries. 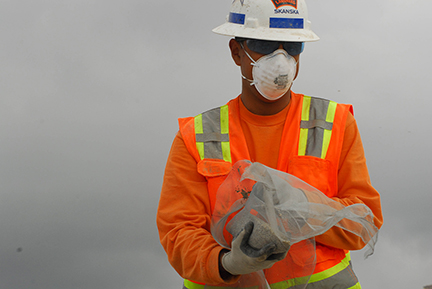 The industry coalition’s goal of permanently weakening the standard in the name of “flexibility” is clear in its other comments as well. For example, the coalition argues against “unnecessarily elevating” engineering controls (such as enclosed structures with filtered air) over administrative controls (such as rotating workers), calling protecting workers against wildfire smoke a “fairly unique situation.” Safety and health professionals will immediately recognize the problem with this idea. Engineering controls are above administrative controls in the hierarchy of controls for a reason – they are more protective at all times. Employees who work for several hours in an area affected by wildfire smoke before being rotated to another location (a possible administrative control) are still potentially exposed to wildfire smoke for several hours.

Meanwhile, public health and labor organizations, including the State Building and Construction Trades Council of California, want increased protections for workers, arguing the AQI trigger should be moved to 101 instead of its current 151. In comments submitted to Cal/OSHA, state labor groups point to a Harvard report showing exposure to PM 2.5 significantly increased COVID-19 deaths. Data out of China’s Hubei province correlated higher levels of PM 2.5 in the air with higher rates of both COVID-19 illness and death.

COVID-19 has brought renewed attention to respiratory health and lung function as a factor in preventing serious health complications. It’s well-known that inhaling the small particles in wildfire smoke make it more difficult to breathe and worsen asthma and other heart and lung conditions. Cal/OSHA expects the proposed standard will be finalized before the November extension expires. Here’s hoping that the final standard includes strong protections that prioritize the safety and health of workers.