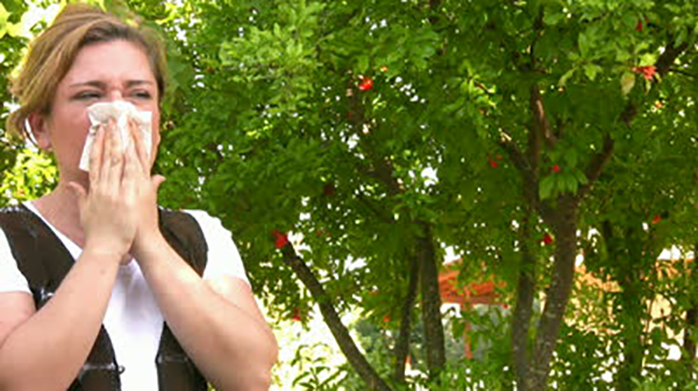 If pollen from trees, weeds and grasses makes you sneeze and wheeze, you’re probably doing both sooner in the year and continuing for much later. Research from the U.S. Department of Agriculture finds that due to climate change, it’s warmer than it has ever been and the warmer weather is lingering. Subsequently, ragweed season is nearly a month longer than it was 20 years ago.

Ragweed, of which there are numerous varieties, is the most common pollen allergy in North America. Often referred to as hay fever, ragweed affects nearly half of all allergy sufferers, including many Laborers.

“Ragweed can grow just about anywhere but thrives in areas where the ground has been disrupted. Outdoor work sites and highway work zones can be prime spots for ragweed to sprout and members who are sensitive to it should be prepared when they come to work,” says LIUNA General Secretary Treasurer and LHSFNA Labor Co-Chairman Armand E. Sabitoni. “Ragweed allergy is also another reason for being thorough when washing your hands. When you practice good hand hygiene, you are less likely to get pollen in your eyes or nose from rubbing your hand across your face.” 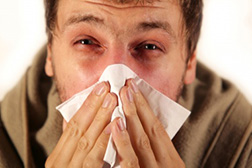 Allergies develop when your immune system is exposed to a substance such as pollen and mistakenly reacts to it as being harmful. In response, your body releases a substance called histamine, which makes blood vessels swell so white blood cells can quickly find the “problem” and attack it. It also causes itchy eyes, runny nose and congested sinuses.

The fact that you made it out of childhood before this happened to you may be because:

Allergy flare-ups related to ragweed occur in late summer and peak in the fall. However, people who are sensitized to ragweed often develop allergies to other pollens as well. Long before ragweed season arrives, they begin suffering from “seasonal allergic rhinitis” caused by weeds, grasses, trees and bushes that release pollen earlier in the year. In addition to sneezing and wheezing, seasonal allergic rhinitis can include nasal congestion, scratchy throat and itchy, tearing eyes.

Ragweed and other respiratory allergies are a serious and costly problem. People who suffer from these conditions spend nearly $8 billion every year on medications and visits to health care providers. In the United States, seasonal allergic rhinitis results in 3.5 million lost workdays and two million lost school days. It can also progress to asthma and make sufferers more susceptible to colds and other respiratory illnesses.

If you have ragweed or other pollen allergies, knowing your triggers and limiting your exposures is the best way to prevent or reduce your symptoms:

It is also important to understand the different types of over-the-counter and prescription allergy medications:

Be aware that all of these medications and treatments may have side effects. Consider how they may affect your ability to work safely and take them accordingly.

Allergies can make you miserable, but there are options to help you manage them. While allergies can’t be prevented, when you know your triggers and which treatments are most effective for you, you can go back to enjoying all of the seasons.