E-Cigarette Use in Teens at Center of Pending Legislation

As the Food and Drug Administration (FDA) moves toward finalizing regulations that will extend its oversight of tobacco products, one of which is the electronic cigarette (e-cigarette), one thing is very clear about teenagers: They prefer vaping to smoking. 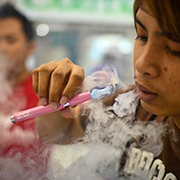 Research published by the FDA’s Center for Tobacco Products (CTP) and the Centers for Disease Control and Prevention (CDC) finds e-cigarette use among middle and high school students tripled between 2013 and 2014 to more than 13 percent. In that same time period, teenage smoking dropped from more than 13 percent to 8 percent. 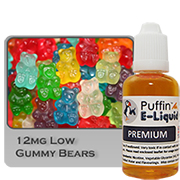 “The surge in youth use of novel products like e-cigarettes forces us to confront the reality that the progress we have made in reducing youth cigarette smoking rates is being threatened,” said Zeller. “These staggering increases in such a short time underscore why FDA intends to regulate these additional products to protect public health.” 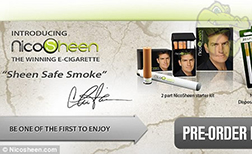 The proposed rule would give the FDA the authority to prohibit e-cigarette sales to children under the age of 18. (Many states and the U.S. Virgin Islands have already enacted their own e-cigarettes laws, but coverage is not uniform.) However, it does not address marketing tactics that critics say cater to young people. These include product endorsements by celebrities and sweet and fruity e-liquid nicotine flavorings that have names like Vivid Vanilla and Cherry Crush.

In a recommendation published in April in the Annals of Internal Medicine, the American College of Physicians (ACP) called on the FDA to regulate e-cigarettes under the same guidelines that govern traditional tobacco products. In addition to the age restriction, these guidelines include prohibiting television advertising and extending indoor and public place clean air laws. The ACP also wants the government to ban flavorings, increase taxes on e-cigarettes and increase funding for e-cigarette research.

E-cigarette use among adults also increasing 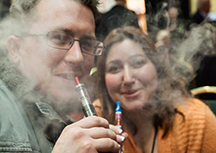 Teenagers aren’t the only ones vaping in increasing numbers. Between 2010 and 2013, the number of adult smokers who had used e-cigarettes jumped from 9.8 percent to 36.5 percent. But unlike teenagers who are getting an introduction to nicotine, which can be addictive, adult smokers are turning to e-cigarettes hoping to either kick their habit or to indulge it without exposure to the more than 70 carcinogens in tobacco smoke.

That’s not to say that e-cigarettes are free of health hazards. In addition to a number of chemicals for which there is scant information, vaporized nicotine contains formaldehyde, which is a carcinogen. FDA-approved nicotine replacement therapies meanwhile, including nicotine gum, patches and inhalers, have established track records in being safe and effective in helping smokers quit.

NIOSH: Include E-Cigarettes in Workplace Bans 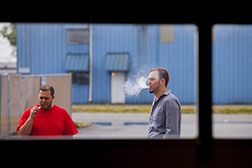 The National Institute for Occupational Safety and Health (NIOSH) recommends that smoke-free workplace policies that protect employees from secondhand exposure to tobacco smoke be expanded to include exposure to vapor from e-cigarettes. NIOSH says these polices should apply to all indoor areas, all areas immediately outside building entrances and air intakes and all work vehicles.

Fans of e-cigarettes say vaping is safer than smoking. However, more research needs to be conducted before any claims about these devices can be substantiated.

An invention of the 21st century (China 2003), e-cigarettes have been available in the United States and Canada for less than 10 years. Many questions remain about their effect on health. The American Medical Association, the American Heart Association and the American Lung Association are among the health outlets expressing concerns about nicotine dependence and exposures to the other chemicals in e-liquids.

According to market research, e-cigarette sales are currently estimated at $1.5 billion and are projected to grow 24 percent annually through 2018. However, anyone using e-cigarettes or thinking about using them needs to be aware that there is a lot about these devices that still isn’t known.