Construction has historically been one of the most dangerous professions in the U.S., with hundreds of workers getting hurt and killed every year. Yet, it has gotten safer over the last decade, particularly for construction laborers. This is one of the findings of a recent report from the CPWR – The Center for Construction Research and Training.

During the 11-year period between 2003-2014, both the number of fatalities and the fatality rate (number of deaths per 100,000 workers) for all construction workers was down overall. Some of this can be attributed to the recession that began in the late 2000s, which drove down construction employment for several years. Total fatalities and rates have increased slightly in recent years as work has picked back up, but both are still much lower than in 2003. 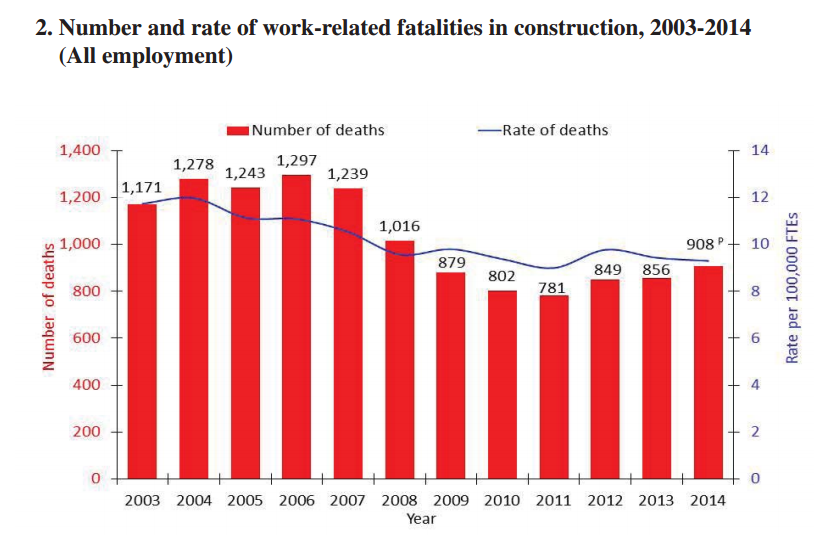 What about construction laborers? Although they still had the greatest number of fatalities (568 over the three year period of 2011-2013) in construction, this number is misleading because construction laborers make up the largest part of the construction workforce. A more accurate metric to measure safety is fatality rate (number of deaths per 100,000 workers), and the rate for construction laborers has been dropping. From 2011-2013, the average rate was 15.4 – significantly lower than several other occupations, including roofers (40.7), ironworkers (31.9) and power-line installers (48.6). 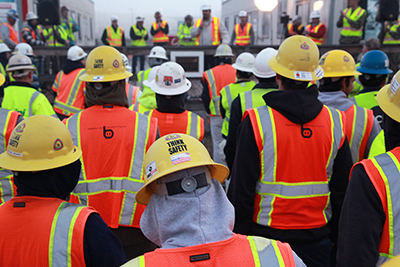 The fatality rate for construction laborers has been dropping steadily since 2003, when it was 27.9 – nearly double what it is today. In an industry where rates are still several times the national average among all jobs, the LHSFNA sees plenty of room for continued improvement. However, this increase in safety should be celebrated, especially when not all trades have seen such progress over the last decade.

Despite these improvements, some big questions still remain: what are the causes for this drop in fatalities and what can be done to make sure this trend continues? Construction safety has certainly become much more of a focus for contractors. Federal OSHA has become more aggressive in going after bad employers, particularly over the last several years. The LHSFNA has been working hard over the past decade to make an impact in areas like work zone safety, fall prevention, the oil and gas sector and demolition.

We at the Fund take this as a positive sign and inspiration for our work. We hope to see another 50 percent drop in the following decade as new workplace protections, including new OSHA regulations, increased fines, whistleblower protections and other initiatives go into effect.

We strive to ensure that every construction laborer goes home safe and healthy at the end of every day. We have made a lot of progress towards that goal, but still have a long way to go.