The New Tools to Dismantle Safety and Health: Delay, Review and Repeal

In March, we covered how deregulation can negatively impact worker safety and health by affecting the way agencies like OSHA are able to create and enforce worker protections. Recent executive orders like Enforcing the Regulatory Reform Agenda make it clear that the goal is to remove regulations already in place and limit new rules from going into effect.

Over the last three months, this new agenda has led to many changes in the federal regulatory landscape. These changes include the repeal of key workplace protections and ongoing initiatives to delay, weaken or roll back existing regulations in the construction industry. If successful, the end result of these combined efforts will be more dangerous working conditions for LIUNA members and other workers across the U.S.

If the first half of 2017 is any indication of things to come, the playbook to weaken worker safety and health will lean heavily on delaying the enforcement of OSHA standards, attempts to reopen existing regulations for further review and the outright repeal of standards when possible. 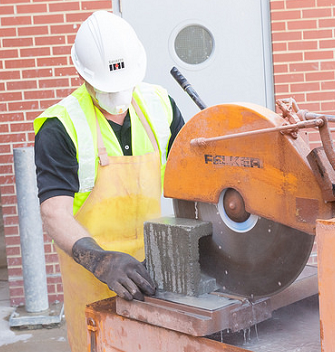 Enforcement of OSHA’s new silica standard, set to go into effect this June, has been delayed until September. Though OSHA’s press release directs contractors to continue taking steps toward compliance, the delay effectively extends the length of time that workers will be exposed to hazardous levels of silica dust known to cause silicosis, lung cancer and COPD.

Now, a collection of construction trade associations that include the Associated Builders and Contractors and the Associated General Contractors are petitioning OSHA to stay enforcement of the rule indefinitely and reopen the standard for review. The petition claims that the new rule is “unworkable and infeasible” and includes “burdensome ancillary requirements.” Unfortunately, there’s a good chance OSHA will go along with this request. The new Secretary of Labor was asked during his confirmation hearing if he’d promise not to weaken the silica rule. His response:

“The President has directed each Cabinet Officer to review all rules and to make determinations if any rules should be revised. Based on that executive action, I can’t make a commitment.”

While OSHA could reopen the standard and still leave the current rule and effective dates in place, the more likely scenario is that the agency would delay enforcement further while the rule is reopened. If OSHA ultimately agrees with the petition, key parts of the rule could be weakened or removed entirely, which would be a disastrous result for LIUNA members and all workers in the construction industry.

What Is the Congressional Review Act?

The Congressional Review Act (CRA) allows Congress to review and overrule regulations for 60 legislative days after they are published. Before the 60-day window ended on May 11, Congress used the CRA to repeal 14 regulations on issues ranging from retirement savings to Internet privacy to the safety of streams and waterways near mining areas. Click here to read more about all the regulations affected. Once a regulation is overturned in this way, the CRA prohibits agencies from issuing rules “in substantially the same form” in the future.

OSHA’s new beryllium rule was delayed twice before finally going into effect in May. Similar to the silica standard, industry groups have asked OSHA to stay the rule, and OSHA has developed a draft proposal that would revoke coverage for the construction and maritime sectors.

Injury and Illness Recordkeeping and Reporting

Since OSHA’s updated injury and illness recordkeeping and reporting requirements went into effect in December of 2016, they’ve also been targeted for delay and repeal. The update to the recordkeeping rule (also known as the “Volks” rule) that would have required employers to maintain accurate records of serious workplace injuries for five years was recently repealed as part of the Congressional Review Act.

This means OSHA can’t issue citations to employers who fail to record injuries or illnesses within the six-month statute of limitations set out in the OSH Act. Now, there is no downside for employers who choose not to record injuries, illnesses and fatalities. Instead, employers have more incentive to underreport on-the-job injuries and illnesses, which are widely viewed as the measuring stick for determining an employer’s commitment to safety. 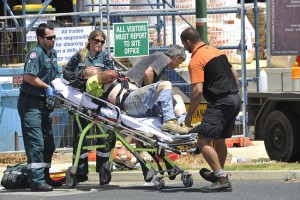 Now OSHA also intends to delay the implementation of electronic injury reporting requirements that would have gone into effect in July. Opponents of the rule are concerned with worker privacy issues and that publicly displaying this information would unfairly damage the reputation of employers. Construction safety advocates believe making injury rates public would compel employers to work towards preventing injuries so companies will be viewed more positively by the public.

The LHSFNA will continue to monitor these and other issues and alert LIUNA District Councils, Local Unions, signatory contractors and members as the regulatory picture becomes more clear.