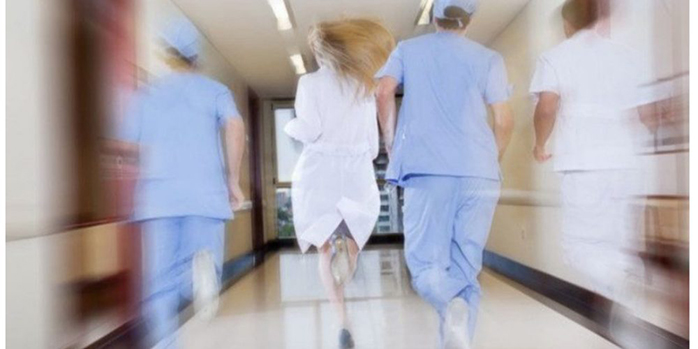 When the latest workplace fatality data was released late last year, one of the biggest headlines had to do with workplace violence. The data showed that incidents of workplace violence in the health care and social services sectors increased by 25 percent from the previous year. That means the problem has only gotten worse since a 2016 U.S. Government Accountability Office study found that health care workers suffer violent incidents at work 12 times more often than other workers.

In February, several members of Congress introduced legislation that would compel OSHA to create a workplace violence standard to protect workers in the health care and social services sectors. Workers covered by this standard would include nurses, doctors, emergency responders, medical assistants and social workers. This group of workers are often the target of physical violence at work, with 70 percent of nonfatal workplace assaults coming in the health care and social assistance sectors.

“Workplace violence is a reality for workers in the health care industry, but it shouldn’t be considered part of the job,” says LIUNA General President Terry O’Sullivan. “Putting systems in place to reduce the risk of violence can help protect LIUNA members and other employees in the health care sector as well as patients.”

What Is Considered Workplace Violence?

Although there is currently no federal OSHA standard for workplace violence, at least nine states require health care facilities to have some type of workplace violence prevention program. However, these individual state laws don’t always apply across the board. In New York, for example, the law only covers public employees, not employees in the private sector. In other states, laws may only cover a certain type of care, such as residential or long-term care, or only apply if an employer has a certain number of workers. A federal OSHA rule would ensure that employers in all states meet at least the minimum requirements set out by the standard. State OSHA programs that already have a workplace violence standard in place could continue enforcing that rule as long as it’s at least as protective as the one issued by federal OSHA.

When federal OSHA has issued citations for workplace violence, the agency has done so under its General Duty Clause, which requires employers to provide a workplace “free from recognized hazards causing or likely to cause serious death or serious physical harm.” OSHA’s Review Commission recently upheld a General Duty Clause citation for workplace violence against a social services employer after a worker was attacked and killed during a home visit. The citation was upheld when an investigation determined that the client had a history of violent behavior and that the victim had raised safety concerns during a previous visit.

If passed, the Workplace Violence Prevention for Health Care and Social Service Workers Act would compel OSHA to create a standard that requires employers to “develop and implement a comprehensive plan for protecting health care workers, social service workers and other personnel from workplace violence.” However, the details of how that’s accomplished would be left up to OSHA.

Here are some of the practices certain states already require that could be part of a proposed federal standard:

Workplace violence is not only a problem in the health care industry. Future Lifelines articles will look at workplace violence in the construction industry, including what steps employers can take to reduce risk for workers.