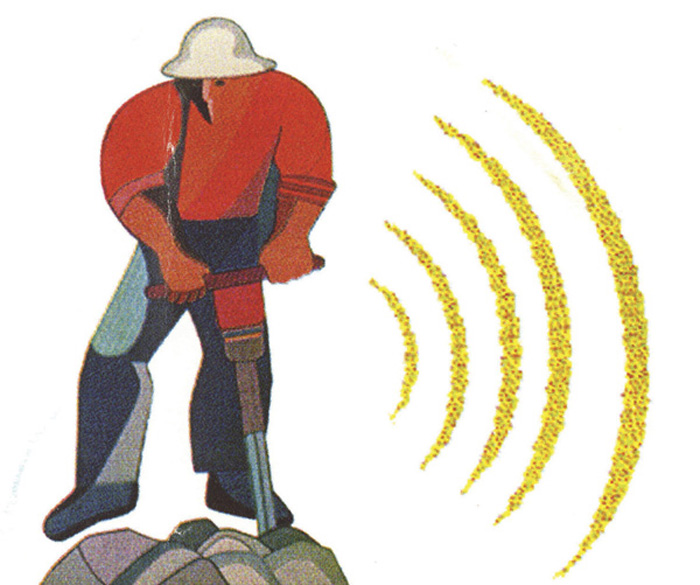 As the tenth anniversary of LIUNA’s National Conference on Preventing Hearing Loss in Construction passes this month, “It is time to renew pressure on OSHA to finally promulgate a noise control standard,” says the LHSFNA’s Management Co-Chairman Noel C. Borck.

To that end, the LHSFNA’s Occupational Safety and Health Division Director Scott Schneider will present testimony on March 4 at the “OSHA Listens” stakeholders meeting in Washington, D.C. “Many issues before OSHA are important to Laborers,” says Schneider, “but we are focusing on hearing protection because OSHA has delayed way too long on this. It’s time to get moving.”

Audiometric tests of retired Laborers show that hearing loss is a widespread problem that significantly impairs the quality of their lives. They cannot hear music well nor listen easily to television, and conversation among family and friends is often difficult, if not impossible.

A Laborer Speaks Out

Hear a Laborer speak about the impact of hearing loss on his life. Bill Duke, formerly Apprenticeship Director for Laborers-AGC (now LIUNA Training), had needed hearing aids by age 34. Listen to his remarks.

“Already, too much time has passed since OSHA adopted the hearing conservation standard for general industry in 1983,” Jeffress said. “At that time, we pledged to develop a separate, similar requirement for construction. But we’ve yet to deliver on that promise. Someone once said, ‘You will never find time for everything. If you want time, you must make it.’ I want you to know that OSHA is determined to make the time to develop a more detailed hearing conservation standard for construction. And we intend to issue an advance notice of proposed rulemaking this year.”

“Under Bush, OSHA dropped the ball, but we expect more from the Obama Administration,” says Borck, citing renewed attention to standards development at OSHA. “Hearing loss is a critical issue in our industry, and a standard would keep the playing field level for union contractors as we make systemic efforts to limit the risk.”

One reason that rapid progress is now possible is the recent development of a voluntary hearing protection standard for construction by the American National Standards Institute (ANSI). Adopted in April, 2007, the A10.47 standard establishes an innovative, “task-based” method of hearing protection which overcomes the chief obstacle in construction:  the variable and inconsistent, but often extreme nature of the noise. The ANSI standard is available through the ANSI eStandards Store. Left undone by the voluntary standard, however, are the intertwined issues of audiometric testing – Washington State has the cutting edge test regulation – and recordkeeping, both of which would benefit from OSHA action to establish a national framework.

By chairing the A10.47 subcommittee and championing task-based noise control, LHSFNA staff played a major role in development of the ANSI standard. Subsequently, the staff revised the Fund’s hearing conservation manual for signatory contractors and published Task-Based Hearing Loss Protection, which is available through its online catalogue.

“We’ve solved the most basic problem of noise protection in construction,” says Borck, “and OSHA needs to get on-board. Hopefully, the next generation of construction workers will be able to enjoy the full fruits of these efforts.”