Prescription Painkillers Linked to Rise in Heroin Use

Across the country, officials are taking notice: heroin use is on the rise, and so is the number of deadly heroin overdoses. “The rise in overdoses from heroin is a new and concerning trend,” said Dr. Joshua M. Sharfstein, Secretary of Maryland’s Department of Health and Mental Hygiene. Not confined to a single state, the problem was recently called a “full-blown heroin crisis” by the governor of Vermont and has received widespread attention from public health officials across the country. The recent death of actor Phillip Seymour Hoffman to a heroin overdose has caused this issue to receive attention on a national scale. 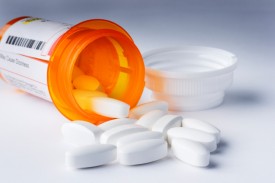 Officials have linked the spike in heroin use to a corresponding rise in the abuse of prescription painkillers. “It’s hard to talk about the heroin problem without talking about the prescription drug problem,” says Rafael Lemaitre of the White House Office of National Drug Control Policy. Prescription painkillers and other opioids have long been regarded as a blessing and a curse. Effective at helping manage pain, they can also cause physical dependence and withdrawal symptoms including nausea, vomiting, irritability and the desire for another dose. With the risks for abuse so high, doctors often limit the dosage and length of time they will prescribe these painkillers to patients.

In an attempt to cut down on abuse, many states have recently passed legislation to make prescription drugs harder to get, including laws to combat doctor shopping, increase oversight on pain management clinics and require identification prior to dispensing. With reduced access to prescription painkillers through legitimate channels and prices on the street skyrocketing, a growing number of users are turning to heroin. Joseph T. Rannazzisi, Deputy Assistant Administrator for the Office of Diversion Control with the Drug Enforcement Administration, confirmed that “some users of prescription opiates turn to heroin, a much cheaper opiate that provides a similar ‘high.’ This cycle has been confirmed by police agencies throughout the country.”

As dangerous as prescription painkillers can be, heroin poses even more serious health risks, including:

Although the majority of people who use prescription painkillers do so responsibly and in accordance with their doctor’s instructions, plenty of reason for caution still exists. Parents should be sure to store their prescription drugs securely, as rates of prescription drug abuse among teens are on the rise. In fact, the National Institute on Drug Abuse reports that most teens who abuse such drugs are given them for free by a relative or friend.

A 2013 national survey revealed that one in four teens have misused a prescription drug, which is a 33 percent increase from 2008. Equally concerning, the Substance Abuse and Mental Health Services Administration noted that since 2002, initiations to heroin have increased 80 percent among 12- to 17-year-olds. Many teens operate under the misconception that prescription drugs are not dangerous because they are not illegal. Parents should try to educate their children about the dangers of abuse, being sure to mention that when misused, prescription drugs can be just as dangerous as illegal drugs.

Workplace substance abuse programs can help protect employers and employees from the consequences of alcohol abuse, illegal drugs and the misuse of prescription pain relievers and other medications.

The LHSFNA’s Health Promotion Division can help develop workplace substance abuse programs tailored to the unique needs and challenges of specific workplaces. For more information, call 202-628-5465. Pamphlets, booklets and program materials about various aspects of substance abuse and drug-free workplace programs can be ordered through the LHSFNA’s Publications Catalogue.