In President Obama’s recent State of the Union address, he made some bold moves. As Congress had not budged on raising the minimum wage, he did it himself, in so far as federal contractors are concerned. Anyone who contracts with the federal government will now, under executive order, have to pay employees at least $10.10 an hour, well above the federal minimum wage of $7.35. As President, he has the power to unilaterally require this.

There are other areas where the federal government can use its contracting power to good effect. In December 2013, the Government Accountability Office released a study of federal contracting at the request of Senator Tom Harkin, Chair of the Senate Health, Labor, Education and Pensions Committee. This report concluded that “almost 30 percent of companies receiving the highest penalties for violations of federal labor law are also federal contractors.” Many of these were violations of safety regulations. Specifically, they found: 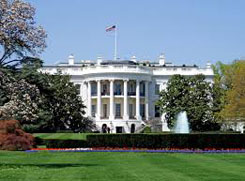 Government is the biggest buyer of construction in the US. The government builds schools, roads, government buildings, levees, dams, water systems, subways and many other projects. Just as President Obama raised the minimum wage for federal contractors with the stroke of a pen, he also has the power to raise the safety bar. President Obama could issue an executive order requiring that safety be used as a prequalification for awarding federal construction contracts. In fact, the OSHA Advisory Committee for Construction Safety and Health (ACCSH) has been discussing this very strategy. If adopted, procurement officers, who generally have little knowledge of worker safety, could eventually use a safety checklist similar to the one developed for the ACCSH. This safety checklist aligns closely with the requirements for an effective injury and illness prevention program, focusing primarily on “leading indicators,” such as how much safety training workers and supervisors have had, and less on traditional measures like injury records, which could be easily manipulated. The federal government should set an example for the private sector by preferentially giving contracts to companies with exceptional safety programs.

Just as several states are now raising the minimum wage without waiting for Congress to act, they also have the power to act over contractors on state-funded projects. Public Citizen issued a series of reports focused on construction safety in several states (e.g., Washington State) in which they recommend safety be used as a prequalification for awarding state-funded construction contracts. They are working hard to get several state legislatures to pass bills this year to require safety prequalification. Maryland is one state considering just this sort of legislation.

Taxpayer money should be used to fund construction projects that use contractors who excel at safety. Through the use of executive power, President Obama and state governors could instantly make work safer for thousands of construction workers on billions of dollars worth of projects. Let us hope this is the year to make it happen.