Is Gluten-Free for You?

Plenty of people these days are talking about going gluten-free. Maybe you or someone you know has even tried to give up gluten. So is cutting gluten from your diet actually good for you or is it simply the latest health craze? Before you go through your pantry and throw out everything with gluten on the label, get the facts about going gluten-free.

Gluten is a protein found in wheat, barley, rye and other whole grains. These grains are a key ingredient in many of the foods we eat every day, including bread, cereal, pasta, crackers, cookies and beer. But for a very small percentage of the population, eating gluten is a health risk.

Gluten consumption for those with celiac disease has also been associated with headaches, irritability, fatigue, depression and bone or joint pain. For those who don’t eliminate gluten from their diet, long-term complications can also develop, including malnutrition, anemia, osteoporosis, intestinal cancer and multiple sclerosis. Celiac disease is eight times more prevalent in people who have Type 1 diabetes, so it’s recommended that you get tested for celiac if you have Type 1 diabetes. Finding out if you have celiac disease involves a simple blood test. 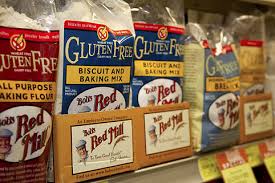 Currently, the only treatment for celiac disease is following a gluten-free diet. But a growing number of people who haven’t been diagnosed with the disease are choosing to go gluten-free anyway. Surveys show almost a third of Americans are attempting to limit their gluten intake. But does a gluten-free diet provide health benefits for those without celiac disease? That’s a question raising some serious debate.

Some researchers claim that up to 18 million people in the U.S. have gluten sensitivity, also known as non-celiac gluten sensitivity (NCGS). Because there’s no test for gluten sensitivity, the vast majority of these cases are self-diagnosed. Many people say their symptoms, which include those listed above, improve after cutting gluten out of their diets. Yet a study published in the U.S. National Library of Medicine found little evidence that gluten caused gastrointestinal issues in people without celiac disease. Instead, growing research suggests another culprit may be to blame.

A study published in the magazine Gastroenterology suggests that fermentable short chain carbohydrates – also known as FODMAPs – can cause many of the same symptoms as what’s currently known as gluten sensitivity. Similar to gluten, FODMAPs are found in a variety of foods, including wheat, barley and rye, as well as apples, beans and cabbage. 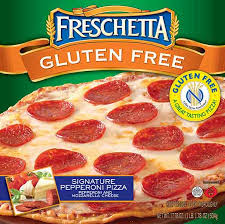 If you do decide to follow a gluten-free diet, there are several things to keep in mind. The rising popularity of gluten-free means substitutes for bread, pizza, desserts and beer are now available in major supermarkets across the U.S. However, many of these items contain more calories, fat and sugar, along with fewer vitamins and less fiber, than the foods they replace. That’s because food companies have replaced gluten with more oil, butter and eggs to hold these foods together. In short, just because it’s gluten-free doesn’t mean it’s healthy or meets your nutritional needs. Margo Wootan, Director of Nutrition Policy at the Center for Science in the Public Interest, put it best when she said, “Whether your doughnut is gluten-free or not, it’s still a doughnut.”

Many people expect to lose weight by going gluten-free, but cutting out gluten alone won’t accomplish that. People who lose weight on gluten-free diets report replacing processed, calorie-heavy foods like breads and pastas with natural, low-calorie alternative like fruits and vegetables. Whether you eat gluten-free or not, it’s about total calorie intake, so always read the label.