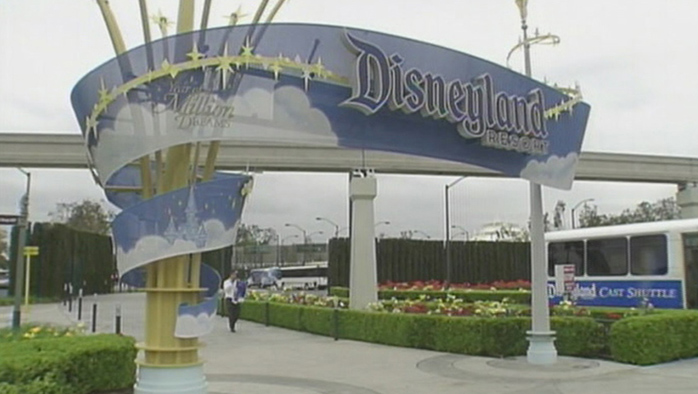 The measles outbreak that began at Disneyland in California is a tragic example of what can happen when children do not receive the MMR vaccine before they enter kindergarten. Waivers granted for philosophical and religious reasons allow parents to opt out of mandatory immunization programs that help protect children and adults not only from measles, but with this particular vaccine, also mumps and rubella. These viral diseases are highly contagious. Each can lead to serious complications, some of which can cause death.

The Centers for Disease Control and Prevention (CDC) currently recommends 14 vaccinations that should be administered during childhood.

“Evidence shows that parents who do not have their children immunized, or who do not have them immunized at the recommended time, might be putting their health and the health of their community at risk,” says LHSFNA Management Co-Chairman Noel C. Borck. “Parents should consult their child’s pediatrician to assist in making an informed decision!”

(Vaccination is not compulsory in Canada. In the event of a disease outbreak, parents who do not immunize their children may be instructed to keep them home from school.)

What happened at Disneyland 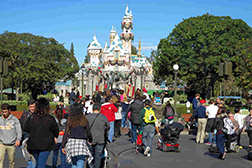 Just before Christmas, a child who had not received the MMR vaccine, a two-part inoculation administered at 12-15 months and again at 4-6 years, visited the theme park. This unidentified youngster was incubating measles. (People are contagious four days before they have symptoms.) Less than two months later, a disease that 15 years ago the CDC declared eliminated in the United States has spread to multiple states and across the border to Canada and Mexico. Hundreds of people – including infants not old enough to be immunized – have been infected with measles traced to Disneyland.

Because of where it occurred and its scope, the Disneyland outbreak is getting a lot of publicity. However, it is just one of nearly two dozen outbreaks of measles that occurred in the U.S. last year resulting in 644 cases of measles. In the wake of this flare-up, the American Academy of Pediatrics (AAP) and other major health organizations are urging parents to get their children immunized as soon as they reach the appropriate age.

“A family vacation to an amusement park – or a trip to the grocery store, a football game or school – should not result in children becoming sickened by an almost 100 percent preventable disease,” said AAP Executive Director/CEO Errol R. Alden, MD, FAAP. “Vaccines are one of the most important ways parents can protect their children from very real diseases that exist in our world. The measles vaccine is safe and effective. The AAP urges parents to have their children immunized against measles, as well as other infectious diseases, and to talk with their child’s pediatrician if they have questions about any of their child’s recommended vaccines.”

Measles – also called Rubeola – is a serious and sometimes fatal infection that can be particularly dangerous for young children. Measles causes a rash, cough, runny nose, eye irritation and fever. It can also lead to ear infection, pneumonia, seizures and death. This disease is extremely contagious. It spreads mainly by direct contact with airborne respiratory droplets when an ill person coughs or sneezes. The measles virus is hardy and can linger in the air for several hours. An unvaccinated person who enters a room after a person with measles has left has a 90 percent chance of getting infected.

Rubella – also called German measles – causes a rash and fever. It can also lead to arthritis and in pregnant women, miscarriages or babies born with birth defects.

Measles prior to the vaccine

Before the MMR vaccine was developed in the 1960s, three to four million cases of measles occurred in the U.S. every year. About 48,000 people, the majority of them children, were hospitalized annually with complications such as encephalitis (brain swelling) or severe respiratory illness. Most of the 400 to 500 deaths that occurred every year from measles were children.

Until recently, the handful of measles cases that have occurred in the U.S. – less than 100 annually – were in unvaccinated travelers to and from other countries. Measles is common outside of the U.S. and Canada. According to the CDC, every year measles sickens about 20 million people around the world and kills 122,000.

States with the highest rates of unvaccinated kindergartners in the 2012-2013 school year:

Medical authorities say the measles surge is mostly due to growing numbers of parents who believe a now discredited study published in 1998 that indicated a link between the MMR vaccine and autism. The doctor who authored the report was stripped of his medical license after his findings could not be substantiated.

“Large studies of children done in the United States, the United Kingdom and Denmark found no link between the MMR vaccine and autism,” said Dr. Anne Schuchat, director of the immunization program at the CDC. Schuchat said the CDC and its partners “support continued research to find the causes of autism.” She also recommended that parents visit the CDC’s “Learn the Signs, Act Early” website to find out more about autism and child development.

The MMR vaccine is the only way to protect against measles, mumps and rubella. Severe side effects from this immunization are rare. Children should get the MMR as soon as they are old enough. The CDC also recommends that adults born during or after 1957 who have not had measles or who have not been vaccinated also get the MMR.

Questions about the MMR or any other vaccine should be discussed with your health care provider.

Your Vaccinations Protect Others Who Can’t Get Them

When the majority of a community is immunized against a contagious disease such as measles, most non-eligible members of the community – infants, pregnant women, immunocompromised individuals including children receiving cancer treatment – are also protected. That’s because there is little opportunity for an outbreak. Community or “herd immunity” saves lives.