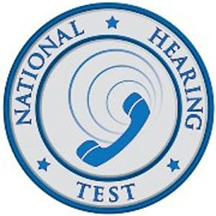 How’s Your Hearing? Your Phone Can Tell You

Did you know that for $5 you can check your hearing over the phone? The National Hearing Test, developed with funding from the National Institutes of Health (NIH) makes it possible to find out if you have hearing loss in the privacy of your home. The goal is to encourage early detection and get assistance sooner than later. (A hearing screening is not typically included in an annual physical.) Most people with hearing loss wait years before they seek help.

The National Hearing Test is different from other phone-administered hearing tests because it does not rely on beeps and hums. These “pure tones” are also the basis of hearing tests administered by doctors and audiologists, but according to NIH they are not as reliable when transmitted over the phone.

Workplaces Are Hard on Hearing

OSHA requires employers to provide hearing protection when workers are exposed to sound levels of 90 dBA  or greater for an eight hour time-weighted average (TWA).

People taking the National Hearing Tests listen to a series of numbers spoken over increasing static and press the keypad to indicate what they heard. In doing so, they can learn if they have mild, moderate or severe hearing loss. The hope is that the results will spur follow-up with a hearing specialist who will administer a pure tone test using specially designed equipment.

How Common Is Hearing Loss?

Impaired hearing is pervasive. According to the Hearing Loss Association of America, about 48 million Americans report problems with their hearing. In the United States, impaired hearing is one of the most common conditions in older adults, affecting one in three between the ages of 65 and 74 and nearly half of those 75 and older.

Whether it’s from working in noisy environments like construction sites, attending or participating in sporting events and other leisure activities where noise often reaches hazardous levels or from just getting older, most people will suffer some hearing loss. When it goes undetected, hearing loss can lead to forced early retirement and financial hardship. It can also contribute to social isolation and increase risk for dementia.

Hearing loss cannot be reversed but supports are available that can help people remain in the workforce and engaged in life. Hearing aids, which often cost several thousand dollars, are usually not covered by health insurance. Other alternatives exist, such as personal sound amplifiers, which cost just a few hundred dollars and can be purchased over-the-counter. Another possibility is Bio Aid, a free smartphone app that uses earbuds and the phone’s own microphone to pick up sound.

But first, you need to know if you have hearing loss. Taking the National Hearing Test is a convenient and economical way to find out.

The LHSFNA can help employers protect workers from hazardous noise exposures. Contact the Fund’s Occupational Safety and Health Division for assistance in setting up a hearing loss prevention program that is specific to your site by calling 202-628-5465.

Find out more about noise through the Fund’s Controlling Noise at Construction Sites guide. You can also order the Laborers’ Guide to Hearing Loss Prevention in Construction and Noise and Your Job pamphlets by going to www.lhsfna.org and clicking on Publications.