How Deregulation Can Endanger Worker Safety and Weaken Fair Contracting 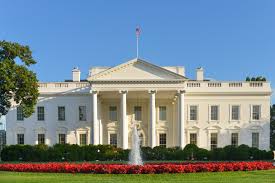 Executive orders are issued by the President and directed towards federal officials and agencies. They’ve been issued by every U.S. president and can address sweeping changes (such as the Emancipation Proclamation) or guide federal agencies on how to carry out existing laws.

Executive orders have the same power as laws passed by Congress and the Senate, and like those laws, they can also be overturned.

The first few weeks of the Trump administration have led to several executive orders that will likely have a direct impact on LIUNA members and signatory contractors. While the revival of the Keystone XL and Dakota Access pipelines received most of the attention, the LHSFNA has been focused on a different executive order that threatens to roll back hard-fought workplace protections in the construction industry. The LHSFNA is committed to keeping LIUNA District Councils, Local Unions, health and welfare funds, members and signatory contractors up to date on issues that affect the safety and health of LIUNA members and the best interests of signatory contractors.

President Trump’s Reducing Regulation and Controlling Regulatory Costs executive order calls for government agencies to eliminate two existing regulations every time a new one is issued. In addition, the cost of any new regulation must be offset by the two being removed.

While this may sound like an effective way to stop unnecessary regulations, the result is almost inevitably going to be decreased workplace protections and continued hazardous conditions for workers. That’s because this order includes OSHA, an agency that spends its time issuing new regulations and updating 40-year-old rules that we know aren’t protective enough.

For example, here are the last five rules issued by OSHA:

Some of OSHA’s current priorities include issuing rules on workplace violence and infectious substances that will help protect nurses and other workers in health care facilities. Now, OSHA is faced with removing rules that protect construction workers so nurses can have a safer workplace. And because removing a rule takes almost as long as creating a new one, another effect of this executive order will be to slow the regulation process to a standstill.

The executive order has already been called “one step forward, two steps back” by many public health experts. “A new rule seeking to protect the public should not come at the expense of two other rules that also keep the citizens of our nation safe and healthy,” says Georges C. Benjamin, executive director of the American Public Health Association.

Regulations do more than just protect workers; they also make it easier for responsible employers like LIUNA’s signatory contractors to win jobs. When federal regulations raise the bar for all employers, low-bid contractors have a hard time competing with fair contractors that build worker safety and health into their bids. Holding all employers to the same high standard and bringing safety and health to the bidding process can be accomplished by prequalifying contractors and pushing for the use of responsible bidder language in requests for proposals.

This is why LIUNA affiliates and signatory contractors should be concerned about the possibility that President Trump may also roll back the Fair Pay and Safe Workplaces executive order issued by President Obama in 2014. We covered the order in more detail in Lifelines here, but the goal was to make it harder for contractors with frequent safety and health, wage and hour and collective bargaining violations to win federal contracts.

The Fair Pay order was issued after a 2013 Senate report revealed that about 30 percent of the top violators of federal wage and safety laws continued to receive federal contracts. Eliminating this executive order would reduce contractor accountability, endanger the safety of workers and make it harder for law-abiding contractors to win jobs. A return to that system doesn’t benefit LIUNA members, LIUNA signatory contractors or taxpayers.