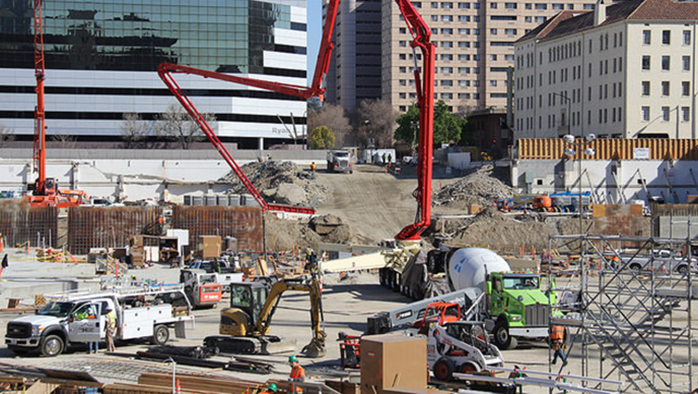 How Likely Is It a Construction Worker Will Die from Opioids?

Our January issue of Lifelines looked at the connection between workers being injured on the job and the increased risk for opioid use and abuse. Construction consistently ranks among the most dangerous occupations in the U.S., so it makes sense that construction laborers are more likely to be in pain – and seek relief from that pain – than the average employee. It’s been difficult to pin down the extent of this increased risk, however. In some of the areas that have been hit hardest by the opioid epidemic, that data is now emerging. Unfortunately, it paints a very troubling picture for the construction industry. 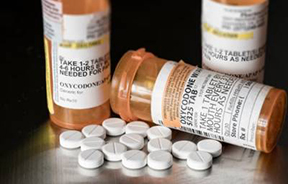 Joint analysis by the Ohio Department of Health and the Cleveland Plain Dealer found that construction workers in Ohio were seven times more likely to die of an opioid overdose than workers in other professions. Their risk was the highest of any occupation. Between 2010 and 2016, construction workers accounted for nearly one in seven fatal overdoses in the state of Ohio.

These numbers aren’t unique to Ohio, either. In Barnstable county in Massachusetts – better known as the popular summer destination Cape Cod – a study of overdose deaths from 2004 to 2014 found that construction workers accounted for 25 percent of all fatal overdoses from prescription painkillers, heroin or fentanyl. This is despite the fact that construction workers are only seven percent of the county’s adult workforce.

“Opioids have become another occupational hazard in the construction industry,” says LIUNA General President Terry O’Sullivan. “LIUNA and its signatory partners fight every day to keep Laborers safe from hazards ranging from trench collapses to asbestos and silica. It’s time to start counting opioids on this list of potential hazards and finding ways to prevent them from harming LIUNA members and their families.”

In an effort to control the opioid epidemic, the Centers for Disease Control and Prevention released guidelines aimed at reducing the number of opioid prescriptions for chronic pain. While there’s evidence that efforts like these are working – opioid prescriptions peaked in 2010 and have been on the decline since – doctors still prescribed three times as many opioids in 2015 as they did in 1999. In Ohio, changing standards have led to fewer opioid prescriptions overall, but 73 percent of construction workers injured in 2016 were still prescribed a narcotic painkiller. This shows that doctors are still leaning heavily on prescription opioids following serious injuries. While opioids may be necessary to treat pain in some cases, their use still brings a real risk for workers, especially when acute pain later becomes chronic pain. 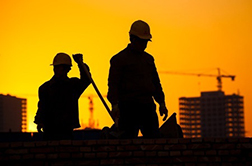 Part of a Broader Problem

Prescription and illicit opioids are only part of the problem facing the construction industry. The Substance Abuse and Mental Health Services Administration found that construction workers suffer from substance use disorders at almost twice the rate of the general population. These disorders include the abuse of alcohol, marijuana and other drugs and bring significant costs to workers and their employers.

With so many construction workers being put at risk, what can LIUNA District Councils, Local Unions, health and welfare funds, signatory employers, safety and health professionals and the construction industry as a whole do to help? First, it’s important to recognize that there is no single, simple solution. Successful interventions will likely have to support workers in at least three different phases of exposure to opioids.

Ohio’s Bureau of Workers’ Compensation launched a program that offers injured workers with active claims up to 18 months of addiction treatment if they were prescribed opioids at a level that could cause dependence and if their doctor agrees the treatment is necessary. If successful, this type of approach could be a model for other states to follow. Other substance abuse professionals have suggested that physical rehab following an injury should include a plan for how patients will stop using opioids.

The LHSFNA’s Answering Your Questions on Opioid Abuse & Addiction and Heroin: Getting Help for Family, Friends and Loved Ones pamphlets can help LIUNA affiliates looking for more information on this topic. To order these or other publications, visit our online Publications Catalogue or contact the Fund’s Health Promotion Division at 202-628-5465 for more information.

In an industry where most workers don’t get paid if they don’t work, “pushing through the pain” is common, as is self-medicating to stay on the job. Failing a drug test or asking for help with addiction is likely to result in being out of work (and not being paid) during treatment and recovery. And that’s assuming workers even have access to addiction treatment through a member assistance program or similar program. All of these factors can put workers struggling with opioid dependence and addiction in a very difficult situation.

For employers, it can be difficult to reconcile a zero tolerance policy for on-site drug use or impairment with the desire to help workers get the treatment they need. Some employers are starting to consider amending zero-tolerance policies to make room for a middle ground that maintains safety on the job site while allowing workers to receive addiction treatment. Implementing these policies will be complicated, but they do acknowledge a need to better support workers. The solutions to help construction workers struggling with opioid addiction are not easy, but we must all continue to work to find them.