Weighing the Risks and Benefits of Alcohol Use

Alcohol use is on the rise among U.S. adults. As recently as 2015, 70 percent of adults said they’d consumed alcohol in the last year (up from 65 percent in 2000). But is that good or bad news for our overall health?

Many news outlets and websites make the answer seem easy:

These make for good headlines, but the actual research behind them is much less clear. Read any of the articles above and you’ll find words like “may help,” “could improve” and “seem to” attached to these health claims. That’s because health researchers haven’t proven conclusively that alcohol is good for us. Many of the studies showing alcohol’s benefits rely on self-reported data from small groups of people. Others only looked at wine drinkers or beer drinkers, even though those drinks have other ingredients that make them very different from one another. It turns out that the truth is closer to this headline from Time: Alcohol Is Good for Your Heart – Most of the Time. 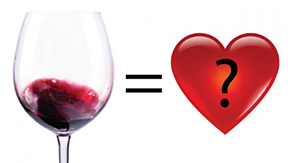 The potential benefits of alcohol center around heart health. Because alcohol reduces blood clotting, research suggests moderate consumption could reduce risk for heart attack and heart failure. Moderate consumption of alcohol also increases HDL (good cholesterol), which helps prevent atherosclerosis (hardening of the arteries). Exercise is another way to raise HDL levels, but going for a jog doesn’t have the same mass appeal as drinking your way to a healthier heart. The American Heart Association acknowledges the possibility that alcohol could improve health, but doesn’t recommend drinking simply to get these potential benefits.

One key piece of information researchers on both sides agree on is that alcohol must be consumed in moderation. The Dietary Guidelines for Americans currently define moderate drinking as no more than two drinks a day for men and one drink a day for women. A standard drink is 5 ounces of wine, 12 ounces of beer or 1½ ounces of 80-proof liquor. Studies which show health benefits found that small, regular amounts of alcohol were much better than large, occasional amounts. In short, it’s not healthy to “save up” by not drinking during the week and then have seven beers on Saturday night.

The potential benefits of alcohol consumption aren’t for everyone. Adults over 60, who are at increased risk for heart disease, stand to benefit the most. Adults over 45 may see some benefit; alcohol hasn’t been linked to heart health in younger adults. 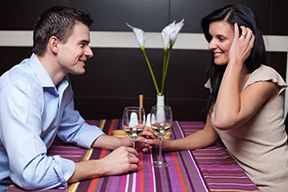 While the verdict is still out on the potential benefits of alcohol consumption, the risks are very well-known. Even light to moderate drinking has been shown to increase risk for a number of cancers, for example. Heavy drinking increases blood pressure and stroke risk and can also negatively impact the function of the liver, pancreas, immune system and brain. Excessive alcohol consumption also leads to poor bone and heart health.

High-risk drinking and alcohol disorders are on the rise in the U.S. Thirty million Americans say they participate in high-risk drinking at least once a week. (High-risk drinking is defined as consuming four or more standard drinks on any day for women and five or more for men.) Twelve percent of Americans now suffer from alcohol use disorders, which include addiction and dependence. Alcohol is also a contributing factor in tens of thousands of injuries and deaths every year. The Centers for Disease Control and Prevention reports that one in 10 deaths among adults age 20-64 is due to excessive alcohol use.

While alcohol may have some health benefits, it also brings definite health risks. Being aware of both sides can help you make the right choice for your own health. Having a few drinks is an activity that many of us enjoy, but like most things, it should be done in moderation.