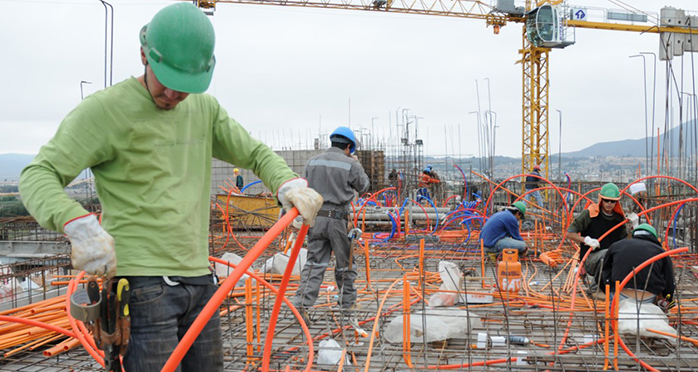 Every year, the Bureau of Labor Statistics (BLS) releases its annual workplace fatality report. While this data lags a year behind today’s workplaces – data for 2017 was just released in late 2018 – it’s still an important source of information for identifying trends in occupational safety and health. The results of this report help drive action at OSHA, research agendas at agencies like NIOSH and safety initiatives at companies across the U.S. For example, after last year’s report found that trench fatalities had spiked 30 percent, OSHA announced a new special emphasis program for trenches and excavations.

Analyzing the data from 2017 reveals both positive news and several areas of concern. Overall, workplace fatalities – including those in the construction industry – decreased slightly from 2016. While the drop in fatalities was a small one (from 5,190 workers in 2016 to 5,147 in 2017), after three years of workplace fatalities steadily increasing, any improvement is welcome news. That being said, construction remained one of the most dangerous industries with almost 19 percent of all workplace deaths.

“It’s promising to see the number of workplace fatalities once again heading in the right direction,” says LIUNA General President Terry O’Sullivan. “At the same time, we must not forget that behind these statistics are thousands of real men and women who went to work and lost their lives. That reality continues to drive LIUNA and the LHSFNA to keep pushing for improvements in workplace safety and health so that every worker returns home to their loved ones at the end of the day.”

The decline in workplace fatalities was most notable in three different areas: transportation incidents, workplace violence and workers being struck by objects on the job. It’s promising to see these declines, but worth nothing that these three categories still made up about 70 percent of workplace fatalities. Further analysis found that while both men and women were equally likely to be involved in transportation incidents, women were much more likely to be victims of workplace homicide, while men were more likely to be fatally struck by objects or equipment.

Looking at these numbers above, it may appear that employers are succeeding at reducing the number of fatalities caused by workplace violence. However, certain industries are still being impacted more than others. While workplace violence was down overall from 2016, fatalities in the health care and social services industry went up by 25 percent. That’s why many worker advocacy groups are calling on OSHA to create a workplace violence standard that addresses the increased risks these workers face on a daily basis. 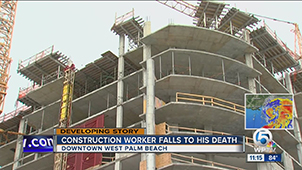 Looking beyond the headline about a slight decline in workplace fatalities reveals several major areas for concern. Fatal falls were at their highest level in the 26 year history of this report, accounting for 17 percent of all worker deaths. It’s distressing to see that while other major sources of worker fatalities are declining, the number of deaths caused by slips, trips and falls continues to rise. This should be of particular concern to employers in construction, with slip, trip and fall hazards being so pervasive on construction jobsites.

Another issue highlighted by the report, which unfortunately isn’t a surprise, is the steady increase in overdose deaths on the job. Unintentional overdoses in the workplace increased 25 percent from 2016 to 2017 – the fifth year in a row they went up by at least 25 percent. We’ve been covering the opioid epidemic and the disproportionate impact it’s been having on construction workers in Lifelines for several years now. Unfortunately, this new BLS data confirms that the opioid epidemic hadn’t yet peaked as recently as late 2017. 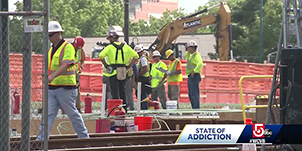 Lastly, the report calls attention to several groups of workers who are at greater risk for being killed on the job than their peers. We know that older workers don’t get injured as often as their younger coworkers, yet the report found that when older workers do get hurt on the job, those injuries are more likely to be serious or fatal. Workers in the 55-64 age group had a 24 percent higher fatality rate than the average worker. The fatality rate for Hispanic and Latino workers is also about five percent higher the national rate. This gap is shrinking – as recently as 2015 the difference was 15 percent – but it continues to exist year after year.

Digging into this data each year helps occupational safety and health professionals understand where workplace safety is improving and where it’s lagging behind. The LHSFNA will continue to monitor trends like these to better assist LIUNA District Councils, Local Unions and signatory contractors and act as advocates for the safety and health of LIUNA members.