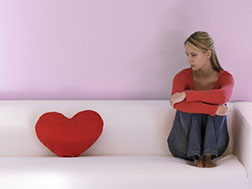 Based on all the movies where a male actor suddenly clutches his chest and falls to the ground, it’s not surprising that many people think heart attacks are something that only happen to men.

Women not only suffer heart attacks but are also more likely to die when they do. One in four women dies within the first year after suffering a heart attack compared to one in five men. In the United States and Canada, heart disease is the leading cause of death in men and in women.

“Heart attacks are not just for men,” says LHSFNA Management Co-Chairman Noel C. Borck. “Women are also at risk and need to know the symptoms.”

Most people are unaware of how common heart attacks are in women because the symptoms are often less dramatic than those depicted on the screen. This can lead to misdiagnosis and death. Heart attacks in men are not always of the classic movie variety either, but the more subtle signs of a coronary, including indigestion, dizziness, nausea and fatigue occur more often in women. Prompt emergency treatment greatly improves the odds of surviving a heart attack. For men and for women, awareness of all heart attack symptoms is crucial.

Chest discomfort: Pressure, squeezing, fullness or pain that lasts more than a few minutes or goes away and comes back

General discomfort: Pain in one or both arms, the back, neck, jaw or stomach

Shortness of breath: Difficulty breathing with or without chest discomfort

Other Signs: Nausea, lightheadedness, breaking out in a cold sweat 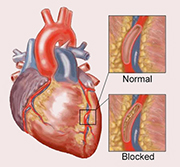 Medical attention should be sought immediately if any of these symptoms are experienced.

It’s also important to understand coronary artery disease (CAD) – also called atherosclerosis – which causes most heart attacks. CAD is a condition in which the coronary arteries become clogged with plaque, a buildup of cholesterol and calcium that has made them stiffen and narrow, slowing blood flow to the heart. This can lead blood to back up in the arteries and form a clot. Most heart attacks happen when a blood clot suddenly cuts off blood supply to the heart, causing permanent heart damage.

Some people have a genetic predisposition for CAD, but more often than not, CAD is caused by unhealthy lifestyle choices including smoking, inactivity and diets that are high in fat.

Reduce Your Risk for CAD and Heart Attacks 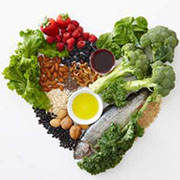 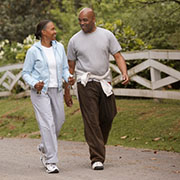 Health Alerts, brochures, pamphlets and posters from the LHSFNA that focus on healthy diet, exercise and lifestyle can guide Laborers in making choices that help in protecting against heart disease. These materials are listed in the Fund’s Publications Catalogue. Order at http://pubs.lhsfna.org/.