Is This Cancer Fighter in Your Medicine Cabinet? 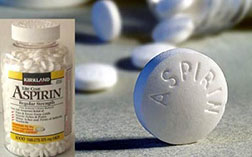 Aspirin is one of the most useful over-the-counter drugs on the market and the list of conditions its anti-inflammatory properties can treat keeps growing. New research indicates that along with relieving headaches, menstrual cramps, arthritis pain and reducing the risk of heart attack and stroke, aspirin may also protect against certain types of cancer.

Analyzing 32 years of health data collected from almost 136,000 health care professionals, researchers from Harvard Medical School (HMS) and Massachusetts General Hospital found that people who took aspirin at least twice a week for five or more years had a 19 percent lower risk for colorectal cancer and a 15 percent lower risk for all other gastrointestinal cancers. They also had a three percent lower cancer risk overall. The findings, which were extracted from the Nurses’ Health Study and the Health Professionals Follow-up Study, were published in March in JAMA Oncology.

Colorectal cancer is the third most common cancer in both the United States and Canada and can be deadly. This year, between both countries, more than 159,000 cases will be diagnosed and the disease will kill more than 58,000. Gastrointestinal cancers of the esophagus, stomach, bowel, rectum, liver and pancreas are also particularly lethal because they are usually not found at an early stage when they are most treatable. Between the U.S. and Canada, there will be more than 29,000 new cases of these cancers and more than 12,000 deaths this year. 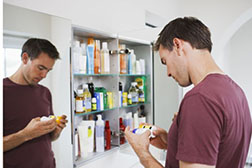 According to the researchers, regular use of standard or low-dose aspirin could prevent more than 47,000 instances of these cancers every year.

“At this point, it would be very reasonable for individuals to discuss with their physicians the advisability of taking aspirin to prevent gastrointestinal cancer, particularly if they have risk factors such as a family history,” said Andrew Chan, HMS Associate Professor of Medicine at Massachusetts General and a senior author of the report. 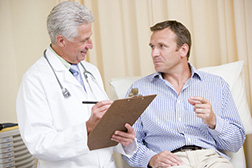 Despite its many benefits, some people cannot take aspirin on a regular basis. Others cannot take aspirin at all. (People undergoing cancer treatment or about to have surgery may be advised not to take aspirin.) Aspirin can cause side effects including upset stomach, rash, nausea and intestinal bleeding. It can also interact with commonly prescribed blood thinners, vitamin E and certain dietary supplements.

If you are thinking about starting a regular aspirin routine, it’s important to have a conversation with your health care provider first. It’s also important to read medication labels and information packets. Many over-the-counter and commonly prescribed drugs contain aspirin. As with all medications, the more you know before you take something, the less likely it is to cause any complications to your health.