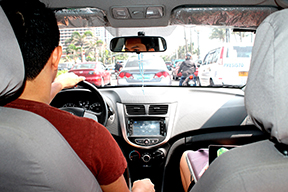 Toolbox talks usually address safety issues on the job, but if you want to ensure that employees are present to hear them and protect your business, you might consider one that focuses on their driving habits to and from work.

Traffic crashes cost employers $47.4 billion in 2013 according to a report released by the Network of Employers for Traffic Safety. This includes medical care, insurance claims, property damage and lost productivity. The report also found that traffic crashes were responsible for more than 1.6 million lost workdays and that nearly 90 percent of those days were due to crashes that occurred off the job.

Employers can help control these costs by promoting safe driving habits on and off the clock. These include seatbelt usage, driving the posted speed limit, not using cell phones or engaging in other distracting activities and never driving impaired.

Could this be one of your employees? 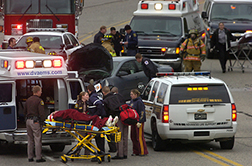 Many of these incidents occur while commuting and employees are not the only ones who suffer; employers also bear the cost.

Engaging in these safe driving habits also makes it easier to drive defensively. This is particularly important for construction workers and others who do shift work. According to the National Highway Traffic Safety Administration, certain times of day are more dangerous than others for being on the road. These hours often coincide with the beginning or end of a work shift.

For example, the afternoon rush is particularly hazardous. In addition to heavy traffic, workers are more likely to encounter drivers who are tired from having worked all day and anxious to get home. These scenarios increase the likelihood for driver errors.

Construction workers with workdays that start late at night are also at increased risk. Their shifts put them on the road at the time of day when many other drivers are more likely to have been drinking. There were more than 9,000 traffic fatalities in 2014 involving a driver who was intoxicated. The rate of alcohol impairment among drivers involved in fatal crashes was nearly four times higher at night than during the day.

A business does not have to include fleet vehicles and company drivers to be financially impacted by an employee’s car crash. Promoting safe driving on and off the job just makes good sense.

Encourage employees to drive safely on and off the clock. 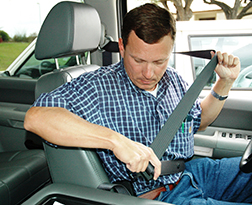 The LHSFNA has a number of publications that focus on safe driving, including the Driving Safely Health Alert and our Drinking and Driving: Not the Road to Take pamphlet. You can also order the Fund’s Roadway Safety Program, which includes a module and toolbox talk on Safe Driving.

All of these materials are available for order in the Fund’s Publications Catalogue at http://pubs.lhsfna.org. OSHA has also developed guidelines for employers that can help reduce motor vehicle crashes at www.osha.gov/Publications/motor_vehicle_guide.html.