What’s Next for Health Care Reform?

The withdrawal of the American Health Care Act (AHCA) in March provided plenty of insight into how difficult it’s going to be to pass significant health care reform. Several key issues led to a lack of support from both Republicans and Democrats, and any future attempts at reform will inevitably have to address these issues. So although the AHCA didn’t result in changes to the health care system, understanding the reasons why it failed are critical to understanding what comes next.

Efforts to Undermine the ACA Continue

Even though the ACA continues to be federal law, it’s being weakened in a number of ways that could lead to problems for the health care system.

The HHS web page “Providing Relief Right Now for Patients” is a good resource to track other administrative and funding decisions being made about the ACA.

Key Dates to Know and What to Watch For

After the May 22 lawsuit deadline mentioned above, the next big date to watch is June 21. This is the first deadline for insurance companies to decide whether to offer coverage through the exchanges in 2018. Some companies have already announced they’ll be leaving the exchanges or raising premiums. 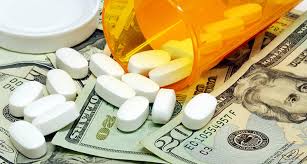 Another issue to watch is the continued rise of prescription drug prices. For example, the prices for some brand-name diabetes medications have gone up more than 150 percent in the last six years. With bipartisan support in Congress for lowering drug prices, this is one of the more likely areas for reform. This would be welcome news for LIUNA health and welfare funds and people with all types of health coverage, including current and retired LIUNA members.

Health care reform is a complex issue affecting millions of Americans, and any successful reform is going to take time. The LHSFNA will continue to cover health care news in future issues of Lifelines and in our bi-weekly Health Care and Insurance News Bulletin. Email lifelines@lhsfna.org to sign up for this bulletin or visit our Health Care Reform page for more information.