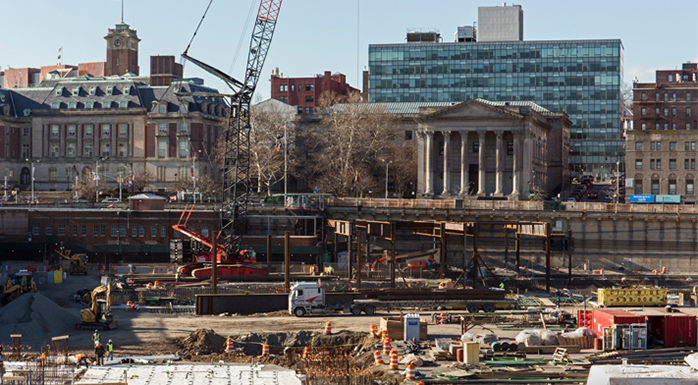 How Labor Shortages Can Put Worker Safety at Risk

For the last several years, the construction industry has been facing a growing problem – there aren’t enough skilled workers to go around. One of the reasons is the Great Recession, which forced many construction workers to look elsewhere for work. Some found a permanent home in other industries or retired. In addition, more and more members of the Baby Boomer generation, which for years has made up a substantial portion of the U.S. workforce, are reaching retirement age. And with fewer young people choosing construction as a career, there aren’t enough new workers to replace them. It’s been estimated that for every skilled worker who enters today’s workforce, five workers are retiring. All of these factors have forced the industry to deal with an ever-shrinking pool of workers at a time when construction is booming. 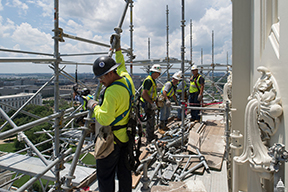 To fix this issue, contractors have to find ways to attract more workers to the industry, especially workers who already have the experience and skills to do the job. The most obvious way to do this is increasing wages and benefits. While the average wage in construction has risen during the current labor shortage, construction wages still lag behind similar industries in many parts of the country.

LIUNA signatory contractors understand that paying strong wages that match the skills and experience workers bring to the table has the added benefit of creating a safer working environment. LIUNA signatory contractors and others who take safety seriously in both good and bad economies know they are more likely to retain qualified, skilled workers because they are fostering a positive safety culture and sending the message that workers are a valued, respected part of the company.

“Although a modern construction site may seem like barely controlled chaos to a bystander, it’s actually a series of structured, planned events that are often overlapping or happening simultaneously,” says LHSFNA Management Co-Chairman Noel C Borck. “Contractors rely on crews of workers to each perform their tasks on time, correctly and safely to keep the entire site running smoothly and the job on schedule. That can be much more difficult to achieve if a task that would normally be completed by five workers has to be done by four or three.”

As we touched on in our February issue of Lifelines, a labor shortage has the potential to put pressure on workers to get more done in less time. That’s almost always a formula for more serious injuries and fatalities on the job. The temptation is to make up for a lack of manpower by cutting corners, working faster than is safe or bringing on workers who are less qualified to do the job. When the alternative is slowing down the entire job, it’s understandable that contractors and workers might be tempted to make some of these choices. However, all of these decisions increase the risk of a serious injury or fatality on the job. 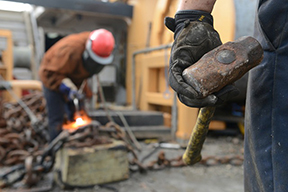 Working shorthanded leaves fewer eyes and ears to spot safety concerns that might otherwise be found and corrected. This is especially true if workers who are inexperienced or have not been properly trained make up the remaining crew members, since it’s less likely they will notice dangerous work conditions or work practices. Not having enough qualified workers can also make some key safety practices less likely to occur, such as the use of a spotter in confined spaces or the review of a trench by a competent person. This is a reality that contractors across the U.S. and Canada should work hard to avoid, as these and other scenarios like them can make construction sites, which are already inherently hazardous, much more dangerous for workers.

Fortunately, LIUNA signatory contractors have the benefit of calling on LIUNA members who are already trained and ready to work safely. This is yet another area where many non-signatory contractors could benefit from following the lead of LIUNA and its signatory employers. Contractors who want skilled workers with specialized experience should be willing to invest the time and money necessary to train new workers or get their current workforce up to speed. Ongoing worker training and skill development doesn’t happen by accident – it requires a commitment from employers who understand that remaining competitive in the marketplace means developing and maintaining a skilled workforce. 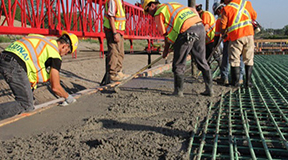 When you get right down to it, the problem isn’t that the construction industry has a shortage of workers. The problem is that there’s a shortage of employers willing to offer what is necessary – safe working conditions, job training, strong wages and other benefits – to attract workers in an industry where hard work is the norm and jobs can be dangerous if they are not done properly. If more employers followed the lead of many of LIUNA’s signatory contractors, the construction industry’s worker shortage problem likely wouldn’t be such a problem after all.