Is It Time for a Federal Heat Illness Prevention Standard?

If it’s not already hot where you live and work, chances are it soon will be. Anyone who works primarily outdoors for a living knows how strenuous work can be in hot, humid weather. Working outdoors in extreme heat can also put workers at serious risk. Over the last 30 years, heat has been the leading weather-related killer in the U.S., causing more deaths than hurricanes, tornados, floods and lightning.

“Workers across the U.S. and Canada are at risk for heat-related injuries and illnesses on the job, including heat exhaustion and heat stroke,” says LIUNA General President Terry O’Sullivan. “This is especially true in construction, where a combination of primarily outdoor work and strenuous activity creates a need for contractors to adopt measures and practices to keep workers safe.”

The human body must stay within a narrow temperature range to remain healthy. For a typical adult, body temperature can be anywhere from 97°F to 99°F. The body’s temperature can rise due to heat in the environment and heat generated internally, especially from physical activity. When the body can’t disperse heat quickly enough, serious injury or death is possible. OSHA and many employers require workers to remain hydrated while working. Although water is the method preferred by most employers to prevent work-related heat illnesses, the most effective prevention methods are actually rest and shade.

Workers have less of an ability to engage in natural responses to dehydration and heat, such as drinking water, resting and moving to a shaded or cooler space. As a result, construction workers may work through discomfort or sickness without complaint because they can’t afford to lose work time or fear losing their jobs. Workers who speak little or no English or may not know their rights are even less likely to raise health concerns that could be perceived as complaints.

OSHA does not have a federal standard protecting workers from heat-related illness. In the past, they have used the General Duty Clause, which requires employers to provide a workplace “free from recognizable hazards that are causing or likely to cause death or serious harm to employees.” Although OSHA has cited employers in the past for exposing workers to excessive high-heat conditions, that precedent seems to be changing. In a recent split decision, OSHA’s Review Commission reversed a General Duty Clause citation against a construction company whose employee died from heat stress. 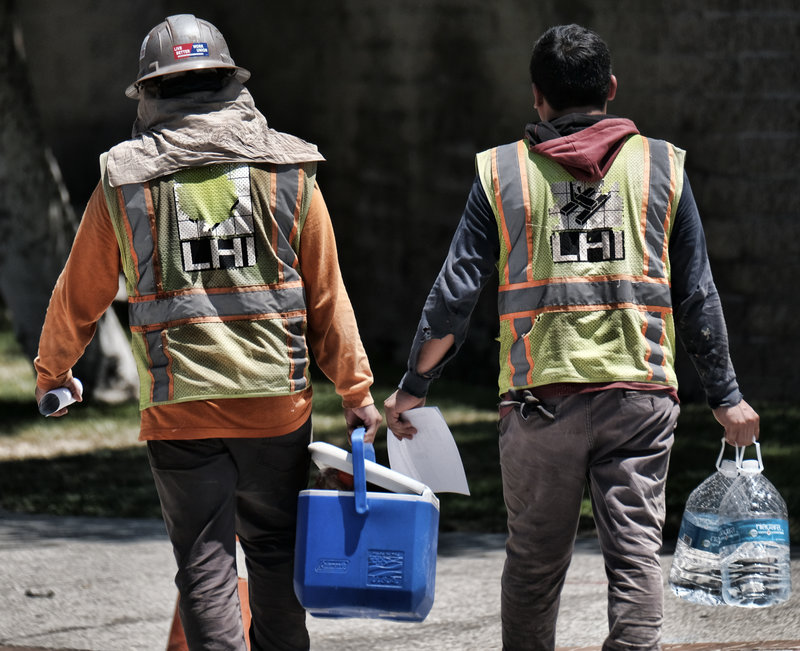 The Review Commission ruled that OSHA failed to prove two of four aspects required to use its General Duty Clause authority. “We agree that proof of at least two of these elements – the existence of a hazard and a feasible means of abatement – is lacking, and therefore find that the Secretary has not met this burden of proving the alleged violations,” said Review Commission Chair Heather MacDougall and Commissioner James Sullivan. MacDougall then went even further, writing that seeking to define “excessive heat” as a hazard fell “far short” of the standards the agency must meet when seeking to use its General Duty Clause authority. “‘Excessive heat’ is a condition that is inherent in the performance of outdoor work and one that only presents the possibility for harm, not an employment condition that by itself necessarily carries a risk of significant harm.” Labor advocates say this decision raises the bar for such cases and shows the need for federal OSHA to develop a heat stress prevention standard.

California has thus far been the national leader on this issue. They have a statewide occupational heat illness prevention standard that is respected as the best in the country. It’s built on broadly accepted methods of heat illness prevention and can be summarized as requiring frequent employee access to water, rest and shade. The standard requires workers to be trained on heat illness symptoms and how to recognize them in fellow workers. It requires employers to slowly acclimatize workers to the workload and to increase prevention actions during high-heat conditions. 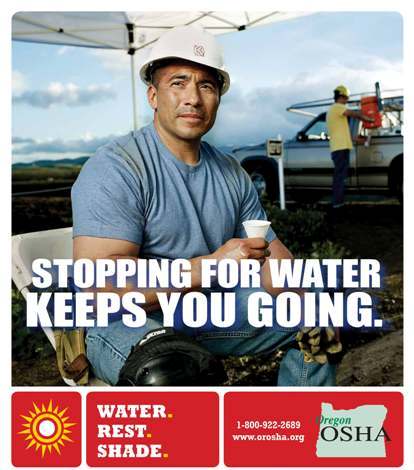 Washington and Minnesota are the only other states with an occupational heat illness prevention standard. Legislators in Florida have introduced a heat illness prevention bill that would require workers to be given plenty of drinking water, access to shade and 10-minute rest breaks after every two hours of outside labor. Conversely, it’s worth noting that 14 states require cooling tubs and or heat stress monitoring for student athletes. It seems many states are willing to extend this level of care to student athletes, but not to workers.

The advocacy group Public Citizen, along with many other public health organizations and labor unions, recently petitioned OSHA to initiate the rulemaking process for the first federal standard that would protect outdoor and indoor U.S. workers from occupational exposure to excessive heat. Three states with their own state OSHA plans have taken action, but approximately 130 million workers in the rest of the country lack the protection of a national heat standard. In the NIOSH document, Criteria for a Recommended Standard: Occupational Exposure to Hot Environments, it’s estimated that approximately 260,000 workers outside of California, Washington and Minnesota are at risk of heat-related illness and death.

For more information on preventing heat stress on your site, order the Fund’s Preventing Heat-Related Illnesses in Construction pamphlet, our Heat Stress Prevention toolbox talk or our series of heat awareness posters. These and other materials are available by going to www.lhsfna.org and clicking on Publications.

[Walter Jones is the LHSFNA’s Director of Occupational Safety and Health.]