Years of Focusing on Falls May Finally Be Paying Off

Anyone involved in safety and health in the construction industry knows that falls kill more workers than any other hazard. While the overall fatality numbers change from year to year, deaths from falls continue to be the largest share of fatalities among construction workers, and by a wide margin. In 2019, about 40 percent of all construction worker deaths were caused by falls; the next closest category was transportation incidents at 24 percent.

“Falls can happen on all kinds of construction jobsites, whether it’s the roof of a high rise, a trench on a road job or anywhere in between,” says LIUNA General President Terry O’Sullivan. “All construction contractors and employers should make time to remind workers about the hazards of falls and provide regular refresher training on fall prevention.”

Of the 1,066 construction workers who died on the job in 2019, 408 lost their lives to falls, and 98 of those workers were construction laborers. The huge percentage of fall fatalities in construction was the reason for the launch of the National Safety Stand-Down to Prevent Falls in Construction in 2012. Every year since, the annual campaign has raised awareness about fall hazards by encouraging employers to take time out of the workday to discuss fall prevention with workers. In 2021, the Falls Stand-Down will take place May 3rd through May 7th. For ideas on how to get involved in this year’s Stand-Down, visit stopconstructionfalls.com. 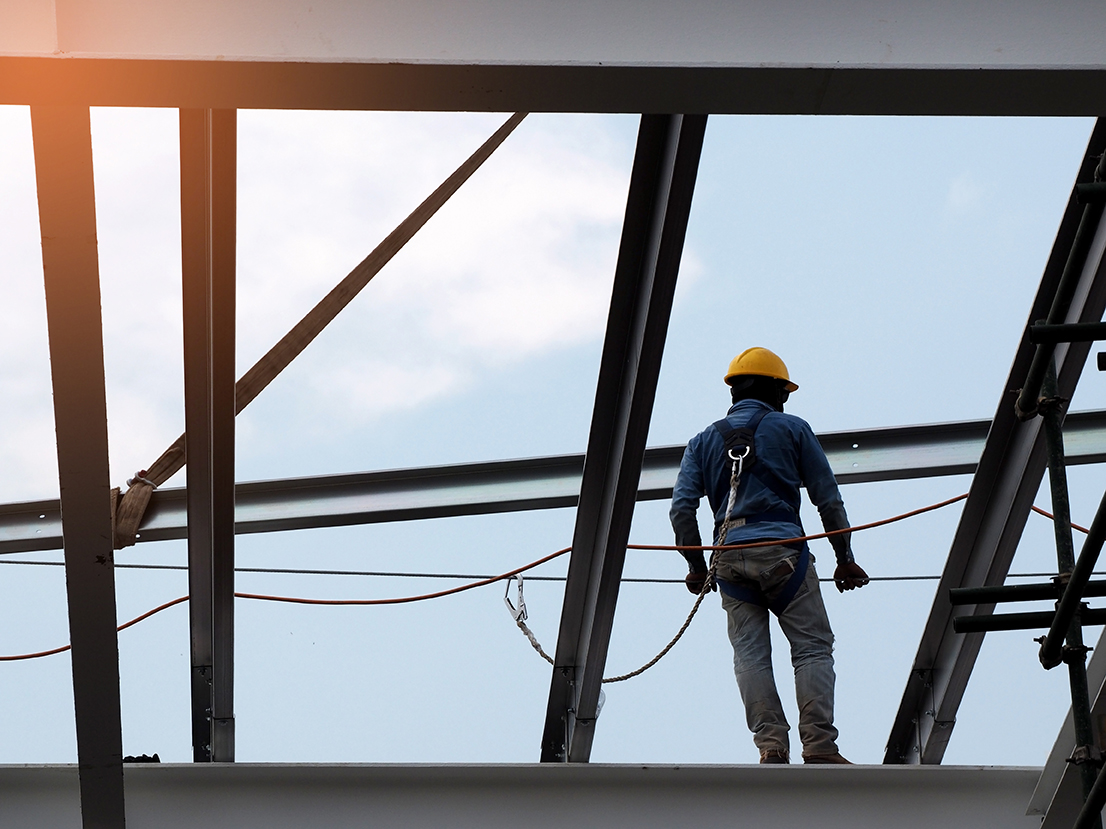 While the Falls Stand-Down has been incredibly successful, with millions of employers taking part over the years, it’s been tough to say whether it’s had the desired effect of reducing deaths from falls. After all, fall fatalities have remained high in the construction industry, and even increased each year between 2013 and 2016. Fortunately, more recent data gives some reason for optimism.

A recent CPWR – the Center for Construction Research and Training – data bulletin, New Trends of Fall Fatalities in the Construction Industry, found that after 2016, fall fatalities in 2017 remained flat. Then in 2018, the number of fatal falls in construction decreased significantly from 389 to 340. That’s the biggest one-year drop since 2008 to 2009.

This reduction in deaths from falls between 2017 and 2018 is even more significant because it occurred in a year when the total number of fatalities in construction rose to 1,038, the highest number since 2011. The same trend shows up again in the rate of falls per 100,000 full-time workers (which allows year-to-year comparisons despite variations in the number of workers in the industry). After dropping only slightly between 2016 and 2017, the rate of falls to a lower level decreased by 18 percent in 2018 to its lowest rate since 2003. Based on these numbers, it seems possible that the widespread focus on reducing deaths from falls through outreach and national campaigns like the Safety Stand-Down is finally having a noticeable effect.

While the number of fatal falls was down significantly in 2018, looking into the data further shows that results were uneven across different sectors of the industry. For example, while fatal falls to a lower level dropped 15 percent among roofing contractors, deaths in residential building construction actually rose 6.6 percent. If we’re going to make continued progress in reducing deaths from falls, we’ll need to dig deeper into which workers and sectors of the industry have the greatest risk.

We should take a measure of optimism from the progress on fall deaths over the last several years. It appears that ongoing fall prevention efforts, including the National Safety Stand-Down, may finally be having an effect. Still, there’s the reality that even with this sharp reduction, falls remain the biggest share of fatalities among construction workers.

Like previous years, four of the top ten OSHA violations in 2019 were still related to fall prevention. Unfortunately, fall deaths spiked once again in 2019, casting doubt on whether the gains from the last several years are a trend the industry can sustain. To move forward and continue to make progress on falls, we need to examine whether certain groups of workers, sectors of the industry or types of work are experiencing a larger share of falls than expected. If so, those sectors of the industry are where education, training and enforcement resources need to be allocated. 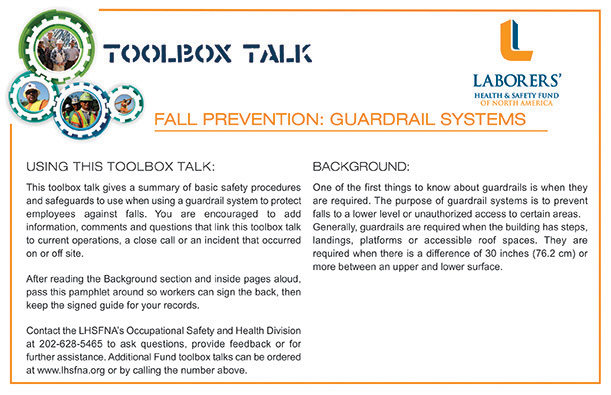 This is a great time of year to refresh workers on the steps they can take to prevent falls. The LHSFNA’s toolbox talk series includes many different fall prevention topics, including:

These and other publications can be ordered from the Fund’s online Publications Catalogue at https://pubs.lhsfna.org.