Germs made news last month as the Centers for Disease Control (CDC) found that at least 23,000 Americans die each year from antibiotic-resistant bacterial infections. More than two million others fall ill but manage to recover. 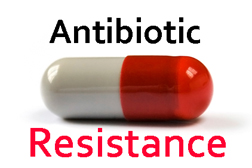 The report stoked growing alarm that the medical profession may be losing its most powerful weapon in the fight against deadly infections.

Sixty-five years after the discovery of antibiotics, many harmful bacteria are developing immunities to the drugs that doctors have been using to kill them. As bacteria become drug-resistant, their spread in the body of infected patients cannot be controlled. Patients can languish for weeks, and though many eventually recover, growing numbers do not.

Bacteria are micro-organisms that reproduce constantly. As they reproduce, random mutations create new, slightly different strains. Most mutations are irrelevant to bacterial survival. Some are harmful. Lucky for some bacteria, however, their mutations enable them to survive exposure to antibacterial medicines that would kill their ordinary kin. When antibiotics are used in ways that do not ensure thorough destruction of existing bacteria, mutant strains have a good chance of emerging and gaining strength. As these reproduce, they pass their immunities to successors, and over time, drug-resistance becomes widespread. More information is available at the Alliance for Prudent Use of Antibiotics.

According to the CDC, the nation faces "potentially catastrophic consequences" if it does not develop new drugs or find ways to sustain the effectiveness of existing ones. "If we're not careful, the medicine chest will be empty when we go there to look for a life-saving antibiotic," CDC Director Thomas R. Frieden warns. "Without urgent action now, more patients will be thrust back to a time before we had effective drugs."

One solution is the development of new antibiotic medicines, but few promising advances are in the R&D pipeline.

The other solution is extending the effectiveness of existing antibiotics by limiting misuse that spurs the development of drug-resistant bacterial strains.

A wide variety of antibiotics are misused. According to the CDC, "Up to 50% of all the antibiotics prescribed for people are not needed or are not optimally effective as prescribed."

A common example is the "Z Pak" (a five-day course of the antibiotic Zithromax). The demands of work, school, parenting and other life necessities of modern life do not allow much "down time" for sickness so sick individuals want immediate help and fast recoveries. Unfortunately, however, common viral infections – which are different from bacterial infections and cannot be killed with antibiotics – display very similar symptoms, and tests to distinguish between the two take several days for evaluation. Unwilling to wait to see which infection they have, many patients request a "Z Pak" to get treatment started right away. If tests later show a viral infection, they quit the antibiotic before the course is run.

Although doctors and pharmaceutical makers once encouraged the precautionary "Z Pak" treatment, they now acknowledge its dangers and are struggling to re-orient standard medical practice. But, the habit has proven difficult to break. Patients can help by accepting their doctor's assessment that antibiotics should not be taken until tests confirm a bacterial infection. And, if a "Z Pak" (or other antibiotic) treatment is started, a patient should carry it to completion even if testing subsequently shows that the infection is viral or the illness passes.

Hospitals, by their nature, are the temporary residences of sick people so the risk of infection is relatively high. As a result, hospitals are positioned to have great impact on the way antibiotics are used. Alert to the declining effectiveness of antibiotic treatments, hospitals are making concerted efforts to avoid unnecessary use and assure thorough application when they are prescribed. With the Methicillin-resistant Staphylococcus aureus (MRSA) bacterium, for instance, significant progress is evident.

Remarkably, 80 percent of the antibiotics consumed in the U.S. are fed to livestock, according to the Food and Drug Administration (here, here). Most of these distributions are routine, to animals that are not sick, and many are dispensed primarily to encourage rapid growth.

The practice appears to run counter to the best practice recommendations that medical professionals now strive to implement throughout human health care. By issuing vast quantities of antibiotics and treating well animals, veterinary medicine may be fueling the development of drug-resistant strains that cross over to farm workers, interact with other bacteria and pass their resistance on to new generations. Health advocates are pressing the FDA to ban the nontherapeutic use of penicillin and other common antibiotics in agriculture.

The CDC is intent on raising awareness of this emerging health crisis. "We are getting closer and closer to the cliff," says CDC official Dr. Michael Bell. "When we no longer have that second-line drug to rely upon, that's when it's a life and death matter."