Find the Charity That’s Right for You 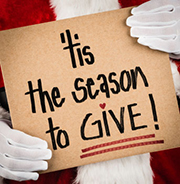 Finding more requests from charities in your inbox? Fielding more phone calls about worthy causes that need your money? Are brochures from various philanthropic organizations the majority of what the post office is sending your way?

The approaching holidays (and the looming deadline for taking tax deductions) make the last few months of the year the time when people are most generous in giving away their money. According to GuideStar USA, Inc., an information service that reports on nonprofit companies, half of nonprofit organizations receive 25 percent of their contributions between October and December.

But a recent investigation of four cancer charities by the Federal Trade Commission (FTC) is the latest proof that some nonprofits are not legitimate. Regardless of what time of year you make your charitable contributions, always do your homework on where you plan to donate. 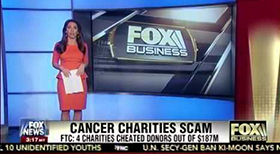 Donors were told their contributions would help pay for patients’ treatments, pain medications and hospice care. Instead, investigators found that donations were used to support the extravagant lifestyle of the family that was running all four charities.

Since the charges were filed, the Breast Cancer Society has announced it will cease operations. Donor advisories have been placed on the other three charities by Charity Navigator.

Be Smart About Your Giving

These tips collected by Creditcard.com can help ensure you are donating to a legitimate charity:

What Else Should You Do?

It’s also important to be aware of sound-alikes and to be extra cautious after natural or other disasters. Sham nonprofits often use names that are similar to legitimate and well-known charities. They also take advantage of catastrophes to tap into your generosity.

Finding a legitimate charity takes a little work, but it doesn’t have to be time-consuming and it’s always time well spent. You work hard for your money, so when you decide to give some of it away, be sure it’s going to a worthy cause.