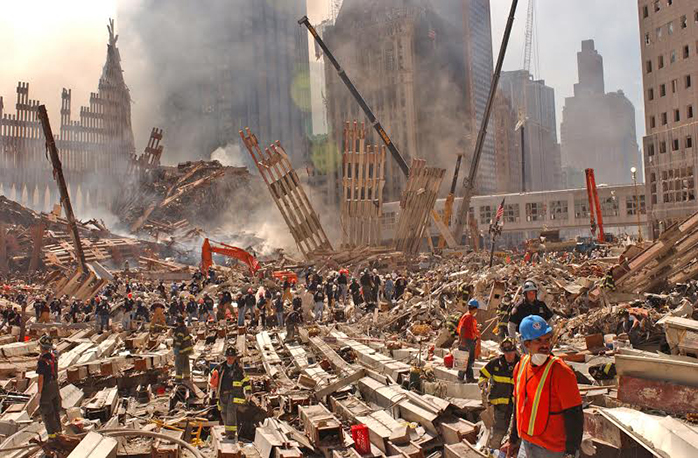 Medical Care in Limbo for 9/11 Responders

Life could soon get more challenging for Laborers and others who took part in the cleanup operations that followed the September 11th terrorist attacks. The James Zadroga 9/11 Health and Compensation Act that funds medical programs for first responders (as well as survivors, nearby workers and residents) has expired.

“Unless Congress acts, LIUNA members who are currently receiving care and those who develop 9/11-related conditions in the future are in danger of losing access to free medical screenings and treatments. Financial assistance could also be cut,” says LIUNA General President Terry O’Sullivan.

The affected programs are the World Trade Center Health Program and the September 11th Victim Compensation Fund. At least 400,000 people are potentially impacted.

“The illnesses our first responders and survivors have won’t expire, neither should their health care. If we fail to extend these programs, then we will have fallen short of our nation’s promise to never forget 9/11,” said U.S. Senator Kirsten E. Gillibrand, lead sponsor of the James Zadroga 9/11 Health and Compensation Reauthorization Act. The proposed legislation calls for funding 9/11 health and compensation programs indefinitely.

If Congress fails to renew the Zadroga Act, the World Trade Center Health Program will close in September 2016. In the absence of new legislation, patients will be notified in late spring or early summer that funding is ending. The Victim Compensation Fund, which continues to accept applications and for which Congress appropriated $2.775 billion, already does not have enough funding to meet all of the claims.

“The total shortfall will not be known until sometime in 2016 when all the claims have been processed and funding is divided among all the claimants,” said Dr. James Melius, New York State Laborers’ Health & Safety Trust Fund Administrator and Director of the LHSFNA’s Research Division. Dr. Melius estimates the deficit to be between 30 and 40 percent.

Over the last 14 years, thousands of Laborers and others who spent time at or near the World Trade Center, the Pentagon, Shanksville and the Fresh Kills landfill have developed a growing number of chronic conditions and illnesses. The list now includes more than 70 cancers, asthma, pulmonary diseases, gastroesophageal reflux disease (GERD), post-traumatic stress disorder (PTSD) and depression. These conditions, which have made many people too sick to work, are linked to the toxins and carcinogens that permeated the 9/11 sites. Currently, more than 72,000 people, including more than 4,000 Laborers, are receiving treatment and other compensation for having been exposed to contaminates that include pulverized concrete, lead, mercury, dioxins, benzene and asbestos.

There is precedent for extending medical programs such as the Zadroga Act without including an expiration date. The Federal Black Lung Program for coal miners and the Energy Employees Illness Compensation Program (EEOICP), which assists workers in the nuclear industry, are permanently and fully funded. O’Sullivan says similar consideration should be given to Laborers and others who sacrificed their health in the aftermath of September 11th.

“At great personal cost, our members played an integral role in the recovery effort,” says O’Sullivan. “If they are to continue to receive their benefits uninterrupted and undiminished, Congress must approve the James Zadroga 9/11 Health and Compensation Reauthorization Act and must approve it now.”