Do you ever work on rooftops or perform renovation work on the outside of buildings? If so, you may be exposed to an invisible hazard without even realizing it. That hazard is radiofrequency (RF) radiation, and it’s used to transmit wireless information, usually through antennas.

We are increasingly becoming a wireless world, leading to demand for stronger signals and more antennas than ever before. According to the Cellular Telecommunications Industry Association, the number of antennas in the U.S. has nearly doubled over the last 10 years, bringing the total to over 300,000.

RF radiation is not considered a hazard at low levels, but telecommunication equipment such as radio, television and especially cellular antennas, can pose a considerable health risk for exposed workers if not properly controlled.

Why Is RF Radiation Dangerous?

High exposures to RF can heat human tissue in a similar way to how microwaves cook our food.

This “thermal effect” can permanently damage tissue, especially the eyes, resulting in cataracts and harmful cognitive health effects. Direct physical contact with antennas can also cause shock and/or burns to the skin. High RF exposures are particularly dangerous because:

Rooftop and building-mounted antennas can expose nearby workers to high levels of RF radiation. Many antennas are hidden or camouflaged – a practice known as “stealthing.” Knowing this, what can employers and workers in the construction industry do to protect themselves?

There are currently no regulations on RF exposure, though a number of organizations have issued recommended exposure levels and best practices. Exposure levels vary based on many factors, but at a minimum, workers should stay six feet away from a single antenna or ten feet away from a group of antennas. Employers should also make sure nearby antennas or those on adjacent buildings are not pointed directly at the work area. 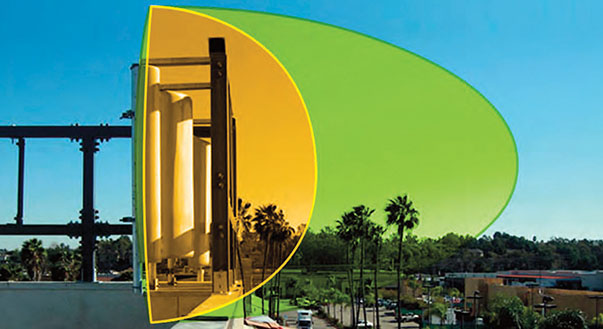 When working on roofs or the sides of buildings where antennas may be present or nearby, workers should do their own visual assessment and ask a supervisor to get more information. Building owners and property managers should have information (or know who to contact) on whether antennas are present, their locations and their RF radiation levels.

Employers must ensure workers potentially exposed to RF radiation have a safe and healthy workplace. For this reason, employers who do this kind of work should have a comprehensive plan for how to prevent overexposures. Listed below are key elements of such a plan adapted from the Institute of Electrical and Electronics Engineers’ Recommended Practice for Radio Frequency Safety Programs, 3 kHz – 300 GHz (C95.7 – 2014).

As telecommunications equipment becomes more widespread and more powerful, potential exposures to RF radiation will continue to rise. But careful planning by both employers and workers can effectively reduce exposure to this invisible hazard.