Just use soap and water. That’s the message the U.S. Food & Drug Administration (FDA) sent in September when it banned 19 different ingredients from antibacterial hand soaps. The ban affects more than 2,100 products currently on U.S. shelves – about 40 percent of all antibacterial soaps on the market today.

Despite the ban, you’re still likely to see triclosan in plenty of places and products. The FDA rule does not affect consumer hand sanitizers or wipes or antibacterial products used in health care and food service settings. The banned ingredients can also still be used in other products such as toothpastes and makeups.

The ban comes after growing concern that daily exposure to these chemicals could lead to the development of more antibiotic-resistant germs. There are already more than two million infections and 23,000 deaths in the U.S. each year caused by antibiotic-resistant bacteria.

There’s also evidence that some of the recently banned ingredients may cause hormonal changes that affect the development and reproductive systems of fetuses and children. Scientists know triclosan and triclocarban are absorbed into the skin during use because they’re consistently found in the breast milk and urine of large samples of the population.

In addition to the possible health effects, the FDA also found no proof that these products are actually more effective than regular soap and water. 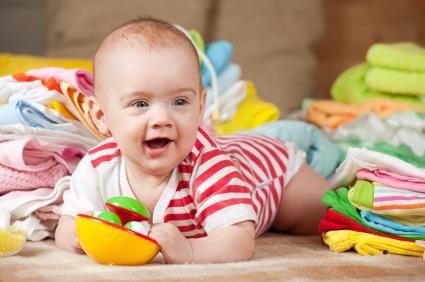 “Consumers may think antibacterial washes are more effective at preventing the spread of germs, but we have no scientific evidence that they are any better than plain soap and water,” said Janet Woodcock, M.D., director of the FDA’s Center for Drug Evaluation and Research.

The fact that triclosan and other antibacterial products are so widespread is an ongoing concern to the FDA, which said that people are being exposed to the chemical more frequently than they initially suspected.

As we discussed in our August 2016 article, “Will New Toxic Chemical Law Actually Protect Consumers?”, it’s a very lengthy process to actually ban toxic chemicals in the U.S. It usually takes overwhelming proof that a substance is harmful, and sometimes (such as with asbestos) even that isn’t enough. So it should be seen as encouraging news that the FDA chose to err on the side of the public’s safety and ban a group of substances that could cause us harm.

Public health groups like Project TENDR and Healthy Babies Bright Futures are working to get more harmful chemicals removed from the products we use every day. Part of that fight is continuing to shift the burden of proof back on the chemical industry. Right now the burden rests with the medical and scientific community to prove chemicals are harmful.

In the case of triclosan and 18 other antibacterial chemicals, the FDA ruled there simply wasn’t enough evidence to justify keeping it on the market. And that’s good news for the safety of U.S. consumers.