Suicide Takes a Major Toll on Those Left Behind 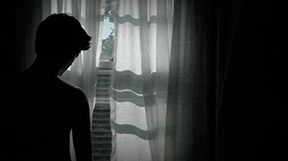 Do you know someone who has committed suicide? Many of us do. Fifty-five percent of American adults know someone who has committed suicide. This statistic may come as a surprise, until you learn that suicide is the tenth leading cause of death in the U.S., claiming over 44,000 lives each year. It’s estimated that every one of these deaths leaves behind six or more “suicide survivors” – people who have lost someone they care about deeply and are left grieving and struggling to understand.

Even though people who commit suicide often think no one cares about them, suicide is extremely traumatic for the friends and family members who remain. Grieving and healing after a suicide death is often different from many other kinds of death. In addition to the grief normally associated with a person’s death, there may also be feelings of guilt, anger, resentment, remorse, confusion over why it happened, distress over unresolved issues and in some instances, even relief.

The stigma surrounding suicide can make it extremely difficult for survivors to deal with their grief and can cause them to also feel isolated; it’s often easier for people to avoid those who recently lost a loved one to suicide. Grief after a suicide can be complicated, but it’s necessary to process this grief so we can work through it. Healing after loss is both a process and a journey.

Suicide by the Numbers

This year, International Survivors of Suicide Loss Day is November 18. On this day, people around the world affected by suicide loss gather at events in their local communities to share stories, find comfort and gain understanding.

This year, all gatherings will include a screening of The Journey: A Story of Healing and Hope, a documentary produced by the American Foundation for Suicide Prevention (AFSP) about the suicide loss experience. Gatherings will also show the new follow-up featurette, The Journey Revisited, in which six of the original Journey participants gather three years later to reflect on their journey of grief and healing.

To find a survivor day event near you, visit https://afsp.org and click on Find Support. If you’re not able to attend an event in person, you can watch AFSP’s 90-minute online program on their website on November 18th. The online program will show both films listed above and follow them with a discussion and audience Q&A on coping with a suicide loss.

Logic, an American rapper, songwriter and producer, performed his song “1-800-273-8255″ at the 2017 MTV Video Music Awards. The title is the phone number for the National Suicide Prevention Lifeline and the song aims to raise awareness about mental health issues.

“I just want to ... thank you for giving me a platform to talk about something that mainstream media doesn’t want to talk about: mental health, anxiety, suicide, depression and so much more that I talk about on this album,” Logic said after his performance.

Research suggests that suicide survivors find individual counseling and suicide support groups to be particularly helpful in the healing process. There are many general grief support groups, but those focused on suicide appear to be much more effective. In groups of suicide survivors, people can relate to others who have been through a similar experience without worrying about being judged.

To find a support group, go to https://afsp.org and click on Find Support, then I’ve Lost Someone.

If you are in crisis, please call the National Suicide Prevention Lifeline at 1-800-273-TALK (8255) or contact the Crisis Text Line by texting HOME to 741741. You can also visit https://suicidepreventionlifeline.org and click Get Help.

This site offers many online resources for suicide loss survivors. Its online community forum may be especially helpful for those looking to share with others who can relate.

With so many people being impacted by suicide and the construction industry having such a high rate of suicide, we plan to address this sensitive topic further in future Lifelines articles. We believe discussing a subject that’s normally left unaddressed can help create more open communication and remove some of the stigma that often prevents people from reaching out for themselves or a loved one. Everyone has some level of stress or challenges and may sometimes need some help. Our goal is for more people to feel okay reaching out for that help.