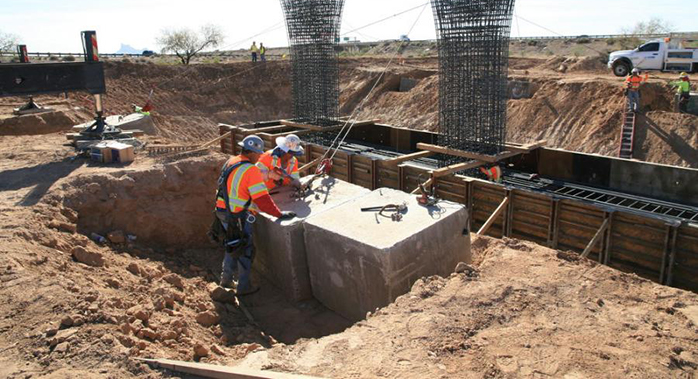 What You Should Know About Valley Fever

Do you live in, work in or plan on visiting the southwestern U.S.? If so, you should be aware of the risk for valley fever. Also known as coccidioidomycosis, valley fever is a lung infection caused by a fungus that lives in the soil. When soil is disturbed and these fungal spores are released into the air, people who breathe in the microscopic particles can get sick.

“LIUNA members working outdoors are at increased risk for valley fever because many construction tasks involve disturbing soil,” says LHSFNA Management Co-Chairman Noel C. Borck. “Because of this, it’s especially important that workers who spend a significant amount of time outdoors are aware of the symptoms of valley fever and that contractors take steps to protect their health.”

Where Is Valley Fever Found?

The fungus that causes valley fever is found primarily in the southwestern U.S., with about 65 percent of cases occurring in Arizona and 30 percent occurring in California. Cases have also been documented in Utah, Nevada, New Mexico and southern Washington. Although it’s possible to get valley fever year round, the fungus is most prevalent from June through November.

What Are the Symptoms of Valley Fever?

Not everyone who breathes in Coccidioides spores will get sick. For those who do, valley fever brings flu-like symptoms that include:

Symptoms usually begin one to three weeks after exposure and can last for weeks or months. If the infection becomes severe, symptoms can last for even longer. About 5-10 percent of people who get valley fever have will have lasting lung problems due to the disease.

How Is Valley Fever Treated and Which Groups Are at Risk?

Symptoms of valley fever usually go away on their own within a few months, though people with severe symptoms may need antifungal medication. There are no over-the-counter medications for valley fever, so talk to your doctor if you think you have valley fever to see if you need medication.

African-Americans, Asians, people with weakened immune systems and pregnant women (especially those in their third trimester) are more likely to get severe symptoms if they get the disease. People from these groups who suspect they may have valley fever should talk to their doctor about antifungal medication that can reduce the severity of symptoms. 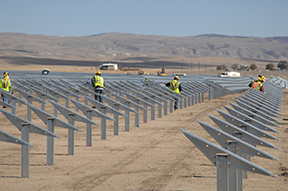 The fungus that causes valley fever lives in soil about two to 12 inches deep, so construction laborers disturbing soil during pre-construction activities are at particular risk. In 2016, workers at a 3,000 acre solar project contracted the disease during site prep. A 2018 case study followed seven road workers in California who all became sick with the disease after a road-widening project. Cal/OSHA recently fined six different companies a combined $240,000 for not protecting workers during operations in an area where the Coccidioides fungus was known to be prevalent.

Although it may not be possible to avoid valley fever entirely, there are steps contractors and workers can take to lower the risk for exposure if they believe the Coccidioides fungus could be present in an area: