Flu Season Is Here, so Get Your Flu Shot

It’s that time of year again. A chill is in the air, leaves are changing colors and you’re likely seeing and hearing lots of reminders to get your annual flu shot. There’s good reason for all those PSAs, billboards and emails. During the 2017-2018 flu season, which was the deadliest in a decade, the Centers for Disease Control and Prevention (CDC) estimated that 79,000 Americans died because of the flu. 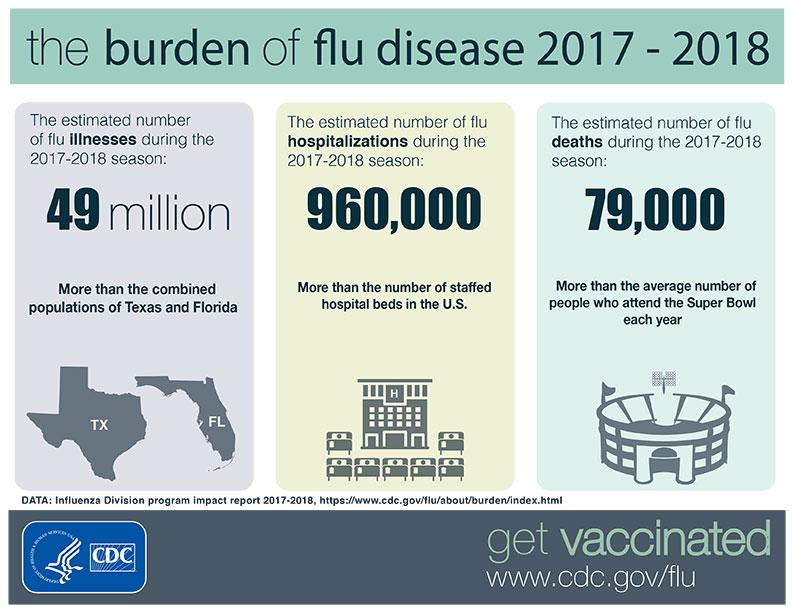 The 2018-2019 flu season wasn’t as severe, but it was record-breaking in length, with flu activity remaining elevated for 21 weeks. Flu season often begins in October and November, with flu activity typically peaking between December and February. That makes this a perfect time of year to get your flu shot, since the body needs time to create flu antibodies and build up immunity after you get the shot. 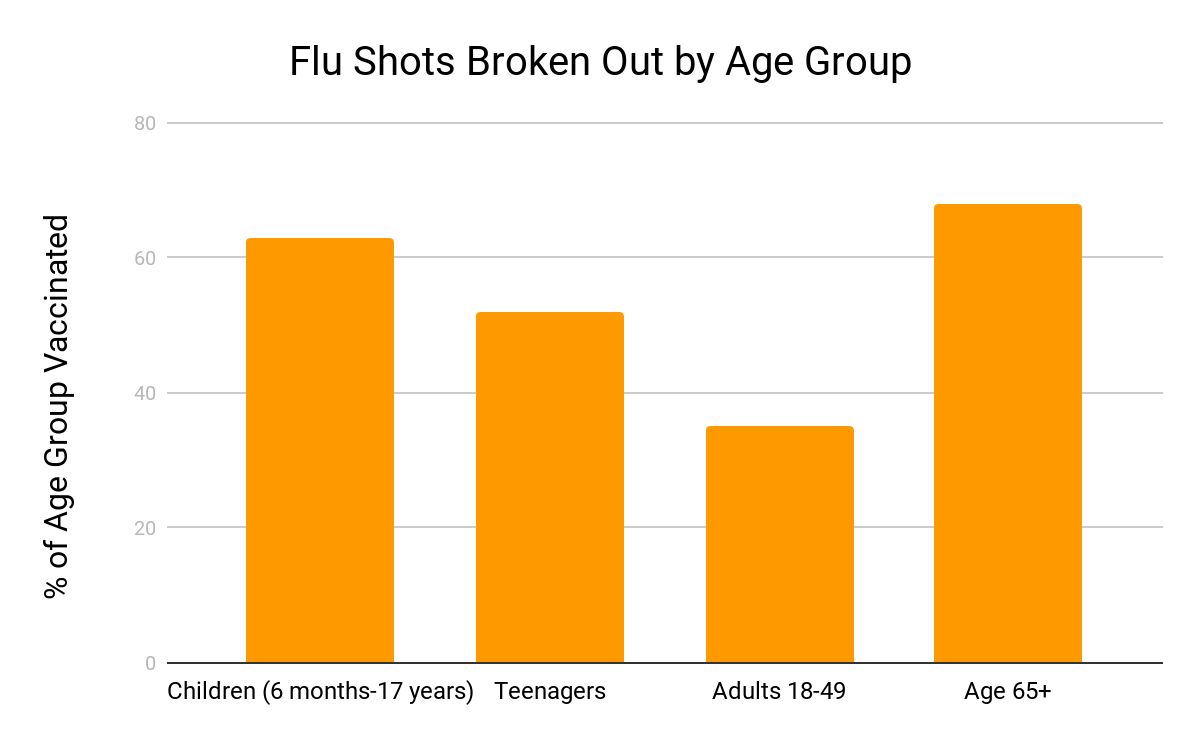 It’s especially important for children and older adults to get a flu shot. However, the chart above shows that only 35 percent of adults age 18-49 choose to get vaccinated each year. The CDC wants this number to increase because of a concept referred to as “herd immunity,” where diseases are less likely to spread because there are fewer people carrying them. This helps protect parts of the population who aren’t eligible for the flu shot, such as children younger than six months old.

The flu virus, like all viruses, changes and evolves over time. Each year, the flu vaccine is tweaked to better match the viruses that are expected to be circulating in the U.S. For the 2019-2020 flu season, all flu shots will be quadrivalent, meaning they will protect against the four most common flu viruses. In previous years, some shots were trivalent, so they only protected against the three most common types.

The CDC doesn’t predict the severity, peak or end of flu season each year. However, they do recommend that everyone eligible to get the flu shot takes that opportunity. Flu vaccines are offered by many doctor’s offices, clinics, health departments, pharmacies and even by some schools and employers.

Alex Azar, Secretary for the Department of Health & Human Services, put it best when he said, “Flu vaccination can keep you from getting sick, it can keep you out of the hospital and it can even save your life.”