How to Support Someone After a Loss by Suicide

With deaths by suicide on the rise, a greater number of people are being directly impacted. Family and friends mourning the loss of a death by suicide are often referred to as suicide loss survivors. Bereavement resulting from a suicide shares similar characteristics with other types of loss and yet it is also different. 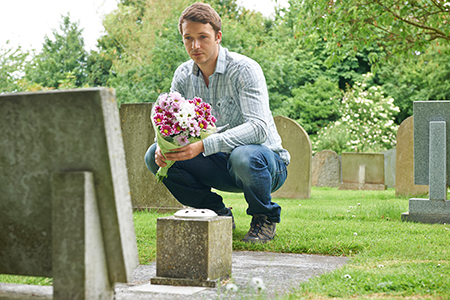 A death by suicide is usually sudden, often unexpected and may be violent. These factors can increase the shock and trauma experienced by those who are impacted compared to many other types of losses. Survivors may struggle to make sense of what has happened and fundamental beliefs may be challenged.

Grief in response to suicide can be particularly complicated. Feelings of guilt, shame, anger, confusion, regret and blame are very common. In addition, some people find it difficult to be open about the cause of death because of the stigma associated with suicide.

There is no single or correct way to experience bereavement. However, there are many common reactions during bereavement caused by suicide. Knowing these feelings are normal and connecting with others can help people feel less isolated after a catastrophic loss.

How to Support Someone Going Through a Loss by Suicide

As a society, we are generally not good at talking about suicide, especially with those who are survivors of suicide loss. We may feel uncomfortable, at a loss for words or think we just should not bring it up. As a result, we might not reach out at all and might act like nothing happened. This is understandable, since suicide is hard to make sense of. However, for people grieving a loss by suicide, this can leave them feeling isolated or abandoned if the support they expected isn't there.

There are several ways to reach out that can help someone grieving a loss by suicide.

There are many resources available to assist someone who has been impacted by a death by suicide.

Alliance of Hope for Suicide Survivors

Each year, survivors of suicide loss come together to find connection, understanding and hope through their shared experience. This year, International Survivors of Suicide Loss Day is Saturday, November 21, 2020. Many events will be hosted online if you or a loved one wish to take part.

[Jamie Becker is the Fund’s Director of Health Promotion.]