For months, public health organizations and labor groups have criticized OSHA for failing to issue an emergency temporary standard for COVID-19. Federal OSHA has stuck by its strategy of only issuing guidance based on ever-changing CDC recommendations, claiming that existing standards and the general duty clause are strong enough to allow them to protect workers and hold employers accountable.

The problem with this approach was that, despite receiving over 4,100 whistleblower complaints between February and June, federal OSHA wasn’t actually issuing any citations to employers who put the safety and health of their employees at risk. According to its COVID-19 Response Summary, the agency didn’t issue its first COVID-19 citation until the middle of July, and only issued four total in July and August. By comparison, WorkSafeBC, which oversees workplace safety and health in British Columbia, issued over 330 orders for health and safety violations related to COVID-19 by the middle of July – and that’s in a small province of roughly five million people.

It took until September for federal OSHA to ramp up its own enforcement levels, when it issued over 50 citations. Almost all of them were for healthcare facilities, nursing homes and large indoor processing facilities in the meatpacking industry. These workplaces have been some of the hardest hit by the pandemic; a new report estimates around 40 percent of COVID-19 deaths can be linked to nursing homes. 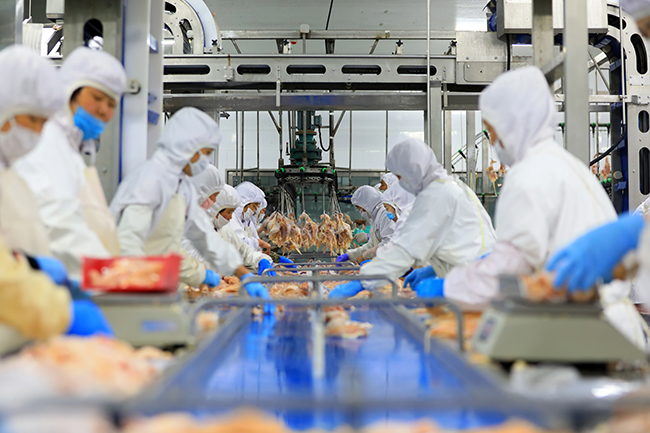 A Lack of Adequate Fines

Even with this relative increase in enforcement, many citations either don’t include fines or include fines so minor that they don’t serve as a deterrent to employers. For example, after an outbreak that led to the death of eight workers, federal OSHA issued a fine of just $15,615 to global meatpacking giant JBS Foods, which had over $50 billion in sales in 2017. Smithfield Foods, the world’s largest pork producer, was similarly fined a tiny $13,494 for an outbreak that led to the deaths of four workers and was ultimately responsible for infecting more than 1300 people.

Compare this enforcement action to Cal/OSHA, which brought over $436,000 in fines against frozen food manufacturer Overhill Farms and its temporary staffing agency for failing to adequately space workers and provide barriers inside facilities. At a time when federal OSHA has been accused of ramping up enforcement as a way to prove that an emergency temporary standard isn’t needed, the lack of serious fines isn’t doing much to convince its critics otherwise.

A Lack of Clear Direction for Employers

The lack of a COVID-19 standard is also creating confusion and ambiguity for employers. Even when federal OSHA has issued fines and ordered employers to take corrective action, there’s no list of exact steps to follow. For example, when OSHA cited Smithfield Foods under the general duty clause, the agency didn’t list specific areas the company needed to correct; instead, the citation was for “failing to provide a workplace free of recognized hazards.” OSHA has said it expects employers to use a “proper mix of protections” rather than prescribing employers to take any particular step. This is setting both employers and OSHA itself up to fail.

For employers, the lack of an actual standard makes it difficult to determine which of the many protective measures available will count as compliance. This has historically been the role of OSHA standards – to set clear minimums for safety that employers must meet. Most employers are willing to comply with the law and do their part to keep their employees safe – they simply want clear instructions on what steps they need to take. By failing to give employers clear guidance, especially in instances where OSHA has issued fines, there is no sure way for an employer to tell if they’ve done enough. This can be especially challenging on multiemployer jobsites like those in the construction industry. It’s the general contractor’s responsibility to maintain a safe and healthy jobsite. Without clear rules to follow, how can the general contractor do their due diligence and hold subcontractors accountable?

From OSHA’s perspective, the lack of a specific standard may also make it easier for employers to get valid citations reduced or thrown out by the OSHA Review Commission on appeal. We’ve already seen the Review Commission reverse heat stress citations earlier this year due to a lack of evidence. When it’s already so difficult to hold employers accountable, OSHA should take every step to make sure that when employers deserve to be cited, those fines are going to stick. Attempting to enforce recommended guidelines that aren’t mandatory or binding is not a recipe for success.

On September 30th, OSHA changed its guidelines for when employers have to report COVID-19 on their jobsites. Now employers are only required to report hospitalizations within 24 hours of work-related exposure or death within 30 days. When it’s well-known that the average incubation period of the virus is five days, why is the agency in charge of protecting the safety and health of workers making it much less likely that those cases are ever going to get reported?