Here at the Fund, we usually try to keep politics out of the pages of Lifelines. The health and safety of workers shouldn’t have anything to do with being a Democrat or a Republican. However, at this point, we can no longer ignore that the current administration has seriously damaged the credibility of the CDC and is making it more difficult for our nation’s top public health professionals to do their jobs. The White House’s influence means – at least right now – that we must examine and assess CDC guidance much more than before to ensure the health and safety of workers and their families is not being put in jeopardy.

“Now, 10 months into the crisis, many fear the CDC has lost the most important currency of public health: trust, the confidence in experts that persuades people to wear masks for the public good, to refrain from close-packed gatherings, to take a vaccine.” 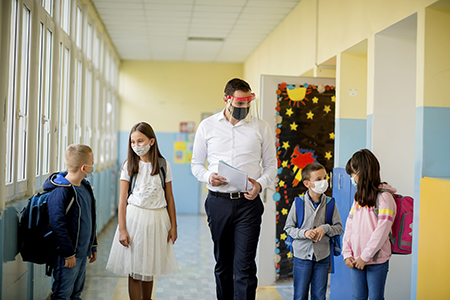 That quote is from “Inside the Fall of the CDC,” an article that’s worth reading in full if you have the time. It details how the Centers for Disease Control and Prevention, which used to be viewed around the world as the gold standard of public health agencies, is now looked at with distrust, suspicion and confusion. A Kaiser Family Foundation poll found that 16 percent fewer adults trust the CDC to provide reliable information today than they did in April. The same poll found reduced trust for our country’s top disease expert, Dr. Anthony Fauci.

Why have public health professionals been forced to question the guidance coming out of the CDC? Because we have several clear examples of political interference from the current administration: 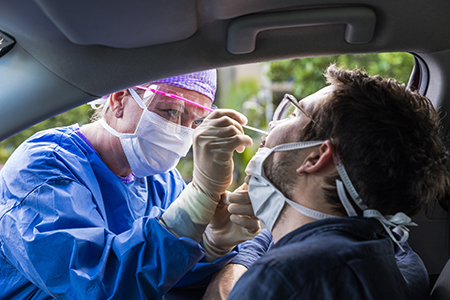 All of this interference aligns with the current administration’s goals of downplaying the seriousness of the COVID-19 pandemic, getting the U.S. economy fully reopened and getting the president re-elected. President Trump admitted to minimizing the risk of the virus early on, saying “I still like playing it down, because I don’t want to create a panic.”

One of the goals of the CDC is to use science to inform our public health decisions. We must make every effort to keep politics separate from what the science and the data are telling us. That should be the goal even when the results of that science are hard to swallow or aren’t what we hoped to hear. We cannot allow the nation’s health and the trust we put in public health organizations to be sacrificed for political gain.

Until it’s clear that the White House has stopped interfering with CDC policies, we have to look at the agency in a new light. We can no longer view their recommendations as the gold standard. Instead, we should compare their guidance with other states and nations, then ask which recommendations protect workers and their families like they deserve to be protected. We must look to other respected organizations who have picked up the slack, such as the American Public Health Association and the American Medical Association.

This country needs a CDC it can trust, maybe now more than ever before. Because when a COVID-19 vaccine is ready, Americans need to be able to trust that the vaccine the CDC recommends to the public will be safe and effective, and be willing to go get it.