The Problem with PELs

Occupational exposure limits (OELs) in their various names and forms are nothing new in construction. Sixty-five years ago, the American Conference of Governmental Industrial Hygienists (ACGIH) created a list of threshold limit values (TLVs). In 1971, OSHA adopted those limits wholesale to create their permissible exposure limits (PELs). Today, OSHA has about 450 such PELs, while the ACGIH has over 650 TLVs. Some states with their own OSHA programs, such as California, have updated their exposure limits or set new ones, although most states follow and use the OSHA PELs. These limits act as a way for industry to show they are in compliance and measure success when it comes to achieving occupational safety and health. 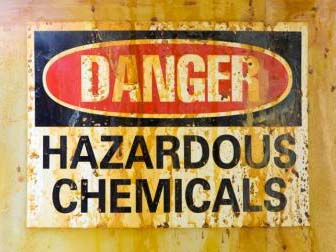 Most assume that if exposures are below the relevant limit then workers are “safe” or won’t get sick. Often, PELs are seen as a “magic number” or bright line between safe and hazardous. This idea is perpetuated because the PELs are, by definition, permissible. After all, why would the government let workers be exposed to a dangerous level of a chemical or material? As we all know, this idea is a myth. OSHA admitted as much by publishing an annotated table comparing their PELs, most of which have not been updated in over 40 years, to the updated TLVs. In many instances, OSHA’s PELs allow for 10 times the exposure level as their corresponding TLVs, and some PELs permit even higher exposure levels. But even the ACGIH notes that these lower TLVs “are not fine lines between safe and dangerous concentrations.”

OSHA’s PELs also only account for what workers breathe in, excluding other routes of entry such as skin exposure. Several chemicals are readily absorbed through the skin. OSHA’s PELs have a “skin” designation for some chemicals, but do not distinguish between those that are absorbed through the skin and those that are hazardous to the skin. The bottom line is that when it comes to protecting workers, it’s not as simple as reducing exposures below OSHA limits and declaring a job site safe.

Because PELs are time-weighted averages (TWAs), exposures are measured over an eight-hour work day and reported as the average exposure over that time period. But very toxic chemicals can cause damage in a short time period, leading OSHA to create a few short-term exposure limits (STELs) which only allow for half-hour exposures. Some chemicals have also been shown to have dose-rate effects, meaning that very high brief exposures are more damaging than lower, longer exposures.

In construction, most workers are exposed to chemicals intermittently rather than for the entire day. They may perform a task for a short time and then switch to something else or prepare work for the next task. Averaging their exposures would show the hazards to be relatively low and normally below the outdated OSHA limits. But this does not mean risk is low or non-existent. 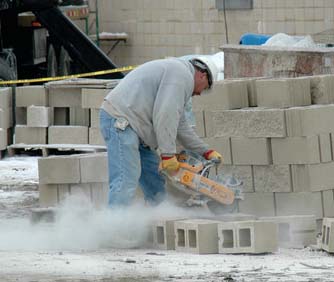 Most exposures in construction are associated with tasks, like drilling into concrete. And while some sort of yardstick like an OEL is necessary to determine whether personal protective equipment (PPE) is needed or if exposures have been sufficiently controlled, the eight-hour TWA exposure levels associated with most OELs are just not very helpful. It makes more sense to look at the exposure as it relates to the task, require controls on high-exposure tasks and, where exposures cannot be controlled adequately, require PPE to be used when the task is being performed. This task-based approach has been advocated for the past 20 years by researchers in construction.

However, perhaps a better approach is the one taken by the Environmental Protection Agency and the nuclear industry, which aim for exposures that are “as low as (is) reasonably achievable” (ALARA). Since there is no known safe level of exposure to radiation, in nuclear plants, they aim to reduce exposures to as low as they can get them.

This doesn’t mean exposures have to be unmeasurable. But as we learn more about the toxic properties of chemicals (e.g., low levels of lead, which we now know are much more toxic than we once thought) and how toxic chemicals can interact, it is helpful to try to reduce exposures as much as we can by substituting safer chemicals. Using engineering controls to reduce exposures as much as possible (or is reasonably achievable) and performing monitoring to ensure these controls are working properly is the surest way to reduce exposures. By ignoring the PELs and focusing on reducing exposures from high-risk tasks, overall exposures will be reduced, risk will be reduced and construction workers will be healthier.