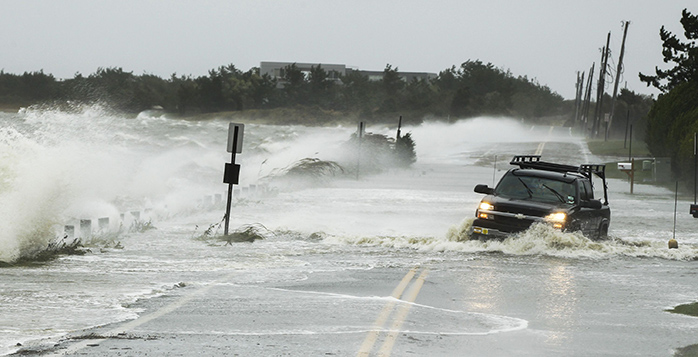 How to Stay Safe During a Flood

Hurricanes usually make headlines for their high winds, but it’s the heavy rain and flooding they bring that poses the greatest threat to your health and safety. The U.S. National Hurricane Center reported that over the last 50 years, 76 percent of deaths from hurricanes and tropical storms were caused by storm surge and flooding. By comparison, high winds accounted for eight percent of deaths.

Hurricane season in the U.S. typically runs from June through November, so even though hurricanes Harvey, Irma, Jose and Maria have already caused massive damage and flooding in the U.S., Caribbean and Mexico, it’s possible that we’ll see more deadly storms before the end of the year. Much of the flood damage from these storms was caused by rising sea levels known as storm surge, but flooding can also be a hazard for people who don’t live along the coastline. Heavy rains can lead to flash flooding, which can be especially dangerous in urban areas where large amounts of asphalt and concrete keep water from soaking into the soil. To see how fast a city street can flood, watch this time-lapse video of a 2016 flash flood in Maryland caused by a severe thunderstorm.

“Laborers can encounter flood hazards on a jobsite, at home or in other places, such as when traveling on a family vacation,” says LIUNA General Secretary-Treasurer and LHSFNA Labor Co-Chairman Armand E. Sabitoni. “No matter where you are, following the proper steps can help you and your family prepare for a flood and stay safe during and after one.” 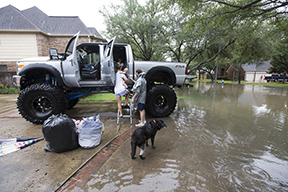 During a storm, water levels and other conditions can change in a matter of minutes. Follow these steps to stay safe.

Preparing for the Unexpected 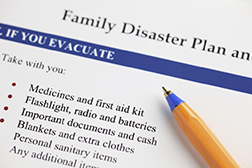 Getting ready for a hurricane is similar to getting ready for many other natural disasters. Ready.gov includes many resources to help your family plan for emergencies before they happen. Start by following the steps on their Make a Plan page.