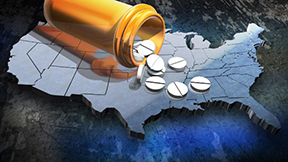 As we approach the end of 2017, you will probably have a difficult time finding a friend, family member or coworker who is unaware that this country is in the middle of an opioid epidemic. Prescription painkillers like Oxycodone and Vicodin as well as illegal opioids like heroin continue to make national headlines for their negative impact on people, families and entire communities. Now public health experts are finding even more health risks from using powerful prescription painkillers.

Prescription painkillers, which are often prescribed to treat short-term pain for a number of different medical conditions, bring many potential side effects. One of these is respiratory depression, which causes less frequent and shallower breathing, and is the primary cause of overdose death. Other medications also cause respiratory depression, and if they are taken in combination with prescriptions opioids, the effect is even greater. 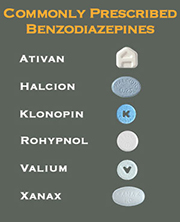 One commonly prescribed type of medication that also causes respiratory depression is benzodiazepines (e.g., Xanax). Benzodiazepines are a class of drugs which are most often prescribed to treat anxiety and mood disorders such as depression and insomnia. Anxiety disorders are the most common mental illness in the U.S. and affect over 40 million adults.

With so many prescriptions being filled, it’s easy for patients to be prescribed both types of drugs at the same time. For example, someone could be given painkillers after a visit to the dentist and forget they also occasionally take anti-anxiety medication. It’s also possible for doctors to prescribe these medicines to the same person at different times as different symptoms arise. Combining prescription painkillers and benzodiazepines resulted in more than 50,000 visits to emergency rooms in 2011.

Practice Safe Use of All Medications 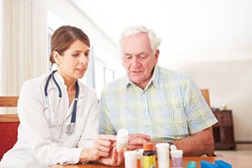 While it’s unclear whether these overdoses and emergency room visits are driven by accidents stemming from prescribed use or unintentional or intentional abuse, there is evidence that people with anxiety and other mood disorders are using opioids at a much higher rate than the rest of the population. A recent study found that 19 percent of Americans with mood disorders used prescription opioids, compared to five percent of the general population. The end result is that half of all opioids are being prescribed to people with depression and other mood disorders.

More research must be done to determine the reasons for this gap, but regardless of the cause, we know that construction workers are at increased risk for injuries that can lead to opioid abuse. We also know they are at increased risk for mental health disorders, including anxiety and depression. Pain, particularly chronic pain, can be a real source of stress for workers and contribute to poorer mental health. All of these factors add up to potentially serious issues that all LIUNA District Councils, Local Unions, health and welfare funds, members and signatory contractors should be aware of. Understanding and appreciating the strong link between physical health and mental health has the potential to improve treatment options and outcomes for LIUNA members and their families.

The Fund offers a series of publications on opioids and their potential hazards, including Answering Your Questions on Opioid Abuse and Addiction and Heroin: Getting Help for Family, Friends and Loved Ones. The Fund’s The Many Benefits of Member Assistance Programs fact sheet explains more about these valuable programs and how they can help members with a variety of issues, including substance use disorders. All of these publications can be ordered through the Fund’s online Publications Catalogue or by calling 202-628-5465.