Peg Seminario is the Director of Occupational Safety and Health for the American Federation of Labor and Congress of Industrial Organizations (AFL-CIO). Scott Schneider sat down with Peg for a discussion about how safety and health has changed during her career and what options exist to move safety and health forward. 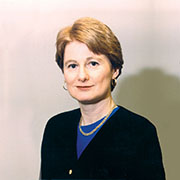 Scott: How did you get interested in occupational safety and health and make your way to the AFL-CIO?

Peg: I was working for the Boston Health Department after college, where I’d set up a program at the Boston City Hospital about lead in drinking water. When I entered graduate school, the city was tearing down the old Orange Line and there was a lot of lead poisoning among workers. I wanted to do field work, so I asked if anyone was creating materials for workers. This was around the time that MassCOSH got started. I met some union people through MassCOSH and then found my way to the AFL-CIO after taking a class in labor law. It started out as a year-long internship in 1977 and I’ve been here ever since.

Scott: Things are so different now than in the 70s and 80s, yet we are still following the 1970s model of OSHA putting out standards and going out and enforcing them. How can we change that model to be more effective? 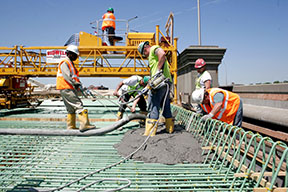 Peg: I think you’re looking in the wrong place. Safety and health was effective back in the 1970s because we had a stronger labor movement. There were huge problems in the workplace and people were exercising their rights. It was a very different time politically. You didn’t have the organized opposition of the corporate world against workers and regulations. There was pushback, but the unions had the power to get things done.

It’s a very different time now. We have a generation of people who think these protections have always been there. You and I have been around long enough to see some incredible progress. It’s important to recognize and celebrate the role of unions in making workplaces a lot safer for all workers in this country.

Scott: We both know how long it takes now for OSHA to pass new standards. Recently we’ve seen efforts to slow down or repeal regulations with things like the Congressional Review Act. Is it possible to speed up that process? 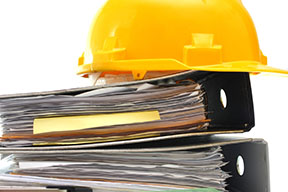 Peg: When you look at the regulations that were issued back in the 1970s during the first 10 years of OSHA – asbestos, cotton dust, benzene, lead, access to medical records – those standards took only a few years to issue and aren’t that different from what we have today. What has changed is the amount of analysis required. Now it takes decades to issue standards. We have analysis for the sake of analysis, with the goal of slowing any regulation to a crawl, and what gets lost is good judgment. One option to move forward is to get consensus about what a rule should be through negotiation with all parties involved. It wouldn’t be a slam dunk because the law still applies, but it would show you don’t need to start from scratch. I think this is the way to move forward in changing the permissible exposure limits, for example.

Scott: What are your thoughts on getting state plans to move forward in some areas similar to what California is doing? If enough states act, maybe the federal government will come along, and even if they don’t a lot of workers still get protected. 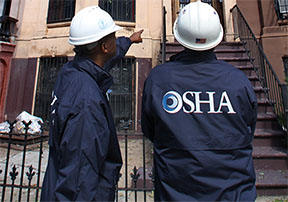 Peg: We have to try and make progress wherever we can. But you don’t want to put a law on the books that the state has no capacity to enforce because then it becomes an empty promise. Looking for ways to move forward instead of just regulation are definitely worth exploring.

Scott: One of the dilemmas we face, and we complain a lot about, is that there aren’t enough OSHA inspectors. We’re never going to have enough inspectors, so how do we get around that problem?

Peg: What you need is better data for targeting rather than random complaints and that’s one area OSHA has not progressed at all. Targeting health hazards is in even worse shape. The agency should be building the requirements to evaluate and enforce standards into the standard itself. They could require employers to submit exposure data or register certain kinds of operations so there’s some self-enforcement built in.

Scott: Given the state of OSHA, I think the most important thing we can do is empower workers to correct hazards, which is partly through their union. Companies with outstanding safety programs recognize the way to make jobs safer is to give workers the right to raise safety issues and refuse unsafe work. What are your thoughts on that?

Peg: Unfortunately, workers don’t actually have that right. The reality is that this country doesn’t have a culture or system of laws that protects workers. It’s fine to say everybody should have a right to refuse, but the reality is the entire system of production is pushing against that. Finishing on time and under budget is the real goal. Workers know it is not real.

Scott: If you could change one thing in occupational health and safety, what would it be?

Peg: To give workers the real right to organize. To let them actually form a union and not be fired.