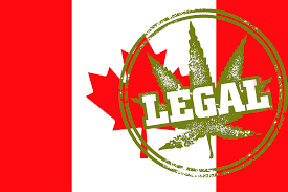 Later this month on October 17th, Canada will become only the second country in the world to fully legalize marijuana. (If you’re wondering, the other country is Uruguay). The legislation, known as Bill C-45 in Canada, will allow adults to carry and share up to 30 grams of marijuana in public and to grow up to four plants in their homes. The minimum age to buy marijuana will be 18, though provinces can raise that age if they choose to. The law also sets out rules for the sale and distribution of marijuana.

Alongside Bill C-45, Canada is also implementing a new impaired driving bill, which makes it illegal to drive within two hours of being over the legal limit. The legal limit will be enforced by measuring the level of THC in a driver’s blood. Police will have the power to conduct roadside intoxication tests, including oral fluid drug tests.

While the legalization of marijuana in Canada could create some additional challenges for employers, many of these issues have already been brought to the forefront due to medicinal marijuana. Those issues inevitably center on impairment and the push-pull between workers who want to use a legal substance and employers that must provide a safe workplace.

Assessing Impairment in the Workplace 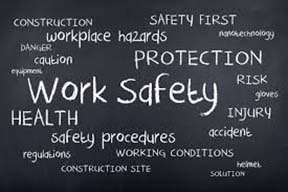 The biggest challenge facing employers when it comes to marijuana is impairment, including how it is defined, measured and detected in the workplace. Unfortunately, there’s still no way to instantly measure a person’s impairment from the THC in marijuana like there is with a breathalyzer for alcohol. This makes it very difficult to test for and prove impairment in the workplace.

Take this recent court case as an example. A utility worker with osteoarthritis and Crohn’s disease who was not responding to other treatment methods was authorized to use medical marijuana by his doctor. The employee used the drug in the evening and reported no effects of impairment the following morning when he began work. However, with no tools to accurately measure potential impairment, the employer chose not to hire him, citing concerns over the safety-sensitive nature of the job. Ultimately, an arbitrator sided with the employer, noting that Health Canada states impairment from THC can last for up to 24 hours, so it’s not reasonable to allow an employee to consume THC and then go to work less than 24 hours later.

In this case, the safety-sensitive nature of the work and the uncertainty around how long impairment lasts won out over a doctor’s recommended use of a legal substance. In fact, the arbitrator noted that “A general practicing physician is not in a position to adequately determine, simply grounded on visual inspection of the patient in a clinic and a basic understanding of patient’s work, the daily safety issues in a hazardous workplace.”

The Responsibility to Provide a Safe Workplace 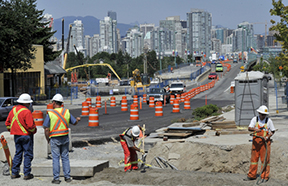 Similar to OSHA’s general duty clause in the U.S., occupational health and safety legislation in Canada requires employers to take “every precaution reasonable in the circumstances for the protection of a worker.” So while the legalization of marijuana could prompt some employers to change how they handle marijuana use among employees, it does not change an employer’s responsibility to provide a safe workplace.

“The legalization of recreational marijuana in this country doesn’t erode the employer’s right to insist employees are free from impairment when they show up to work,” says Drew Demerse, a partner at Roper Greyell LLP in Vancouver. In short, employees will not have the right to be impaired in the workplace if their impairment may endanger their own safety or the safety of their fellow employees. The legal requirement to provide a safe workplace is what allows employers to require a pre-employment drug test as a hiring condition.

Another issue that employers in Canada will need to consider is their duty to accommodate workers facing substance use disorders. The Canadian Human Rights Commission requires employers to work with employees who are addicted to drugs and alcohol “to the point of undue hardship.” That usually means offering employees various supports, such as the ability to come forward about needing addiction assistance, undergo treatment or enter rehab without losing their job.

However, safety and health concerns are one of the primary factors that limit how far employers must go to accommodate substance use disorders on the job. Employers in construction and other high-hazard industries are likely to have the same concerns about safety-sensitive tasks in these instances as they would with legal medicinal or recreational marijuana use.

The LHSFNA’s Answering Your Questions on Why Marijuana Use Could Cost You Your Job and Marijuana and the Drug-Free Workplace publications provide more information on this topic. To order these or other publications, visit the Fund’s online Publications Catalogue.