Less than two years ago, OSHA instituted a national emphasis program focused on reducing trench fatalities in the construction industry. That program was started because trench fatalities, which had been holding relatively steady for several years, more than doubled in a short period of time.

Walter Jones, the Fund’s Director of Occupational Safety & Health, recently appeared as a guest on Down with the Dig – a new podcast presented by the Ohio Laborers’ District Council – to talk about the causes behind this spike and what LIUNA signatory contractors and members can do to prevent trench fatalities. 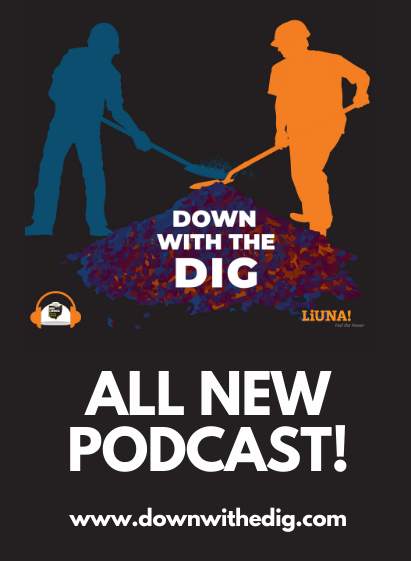 Are You Down with the Dig?

If you’re looking for a podcast for Laborers, by Laborers, look no further than Down with the Dig. From safety and health topics to understanding your benefits to interviews with former NFL players and MLB front office personnel, hosts Matt and Shella cover issues that help LIUNA members better understand and get the most out of being a part of the LIUNA family.

“Many of us in the occupational safety and health field believe that the spike in trench fatalities can be tied to work ramping up after the last recession,” says Jones. “At that time, there was a lot of work being done in a short amount of time by a lot of inexperienced people.”

The following are edited versions of a few of the topics Walter discussed with the hosts of Down with the Dig. To listen to the full episode, click here.

What are some of the steps contractors can take to reduce trench fatalities?

What should workers know about trench safety? 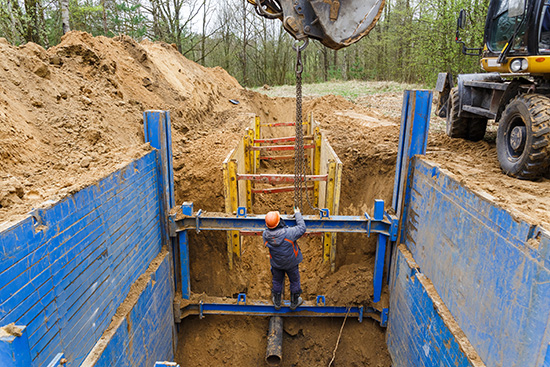 When you scoop out a piece of earth and create a  trench, atmospheric pressure begins pushing down on the sides of the trench to fill the hole. A cubic yard of dirt weighs about 3,000 lbs. That’s the weight of a car. A collapse in a four or five foot deep trench could put more than 20,000 lbs. of force on your body and compress your chest so tightly that you can’t breathe.

What are some common misconceptions about working in and around trenches?

It’s standard practice in the field to only protect trenches with sloping, shoring or shielding when they are deeper than five feet. But the OSHA standard requires a competent person to make that decision. So even trenches of less than five feet are regulated by the standard.

Another issue many people may not consider is that there are more hazards than just collapses with trenches. Underground gases can seep into trenches and displace all the oxygen, creating a hazardous atmosphere. Workers are also injured from falling into trenches. Collapses are the main safety concern, but not the only concern.

Check out the entire episode, where Walter, Matt and Shella talk about whether exploding military ordinance and road vibration from cars can affect the stability of a trench as well as a worker who was involved in two trench collapses in the same week and was lucky enough to live to talk about it.

For more information about trench safety, including how to identify various soil types and perform proper sloping, shoring and shielding, order the Fund’s Safety in the Trenches pocket guide or our Excavation and Trench Safety toolbox talk. These and other publications are available through our online Publications Catalogue.