There Is No Shame in Seeking Help for Depression

The U.S. and Canada are both in the middle of a mental health crisis. In 2018, over 48,000 Americans died by suicide and over 17 million adults suffered at least one major depressive episode. Suicide and major depression occur at high rates in Canada as well.

Due to increased stressors during the coronavirus pandemic, including job loss and financial insecurity, uncertainty over how long this will last, concern for people in high-risk groups and the physical distancing required to limit the spread of COVID-19, the risk of depression and anxiety is even more prevalent.

Everyone feels sad, irritable or has trouble sleeping once in a while. But these feelings usually pass after a couple of days. How can you tell the difference between these feelings and depression? Depression is a common but serious mood disorder that may cause severe symptoms. Also known as major depressive disorder or clinical depression, an adult must have symptoms for at least two weeks to be diagnosed with depression. Depression affects our ability to feel, think and handle daily activities. Some people describe depression as “living in a black hole” or a feeling of impending doom. Others feel lifeless, empty, hopeless and don’t care about anything, including things that once brought them joy.

If you identify with several of the following, you may be suffering from depression:

The symptoms above can be displayed in both men and women. However, depression in men also often manifests itself as anger and restlessness. Since these symptoms aren’t usually associated with depression, the condition is often overlooked in men. Left untreated, depression can become a serious health condition.

The three most commonly overlooked signs of depression in men are:

Health care professionals and family members may not recognize these symptoms. Because depression symptoms in men can go longer without being diagnosed or treated, the condition might develop into a more severe mental health problem. Men suffering from depression are more likely to complete suicide than women when they attempt suicide.

Help Is Available and You are Not Alone

Major depression isn’t willed away; don’t try to tough it out on your own. It takes courage to seek help – from a loved one or a professional. Most people with depression respond well to a combination of help from a professional and self-help steps such as seeking social support, exercising, eating a healthier diet and making other lifestyle changes.

Depression doesn’t improve overnight – it usually takes several weeks to notice changes in your mood. People recovering from depression usually notice improvements in sleep patterns and appetite before improvements in their mood. 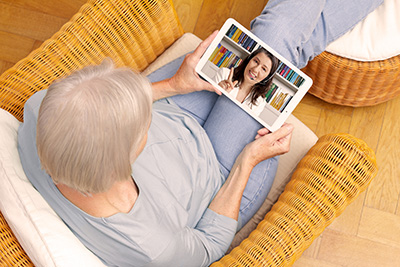 Teletherapy is surging in popularity during the pandemic, making it easier to see a clinician from home. Therapy helps by teaching new ways of thinking and behaving, and changing habits that may be contributing to depression. Therapy can also help people understand and work through difficult situations or relationships that may be causing their depression or making it worse. Many LIUNA Health & Welfare Funds cover teletherapy.

Medications called antidepressants can work well to treat depression, but they can take several weeks to be effective. Sleep, appetite and concentration problems often improve before mood lifts when taking medication, so it’s important to give medication a chance before deciding whether it’s effective.

Lifestyle improvements such as eating healthier, getting more exercise, meditation and connecting with friends and family can all help improve mood.

The MDSC works with public, private and non-profit sectors throughout Canada to improve access to treatment, raise awareness about mood disorders and support policies and programs that eliminate the stigma associated with mental health.

Mental health conditions such as depression are real, common and treatable. Recovery is possible and you are not alone.

Take an online depression screening to determine if you are experiencing symptoms of a mental health condition. This screening is intended as a guideline, not as a replacement for a doctor or therapist.