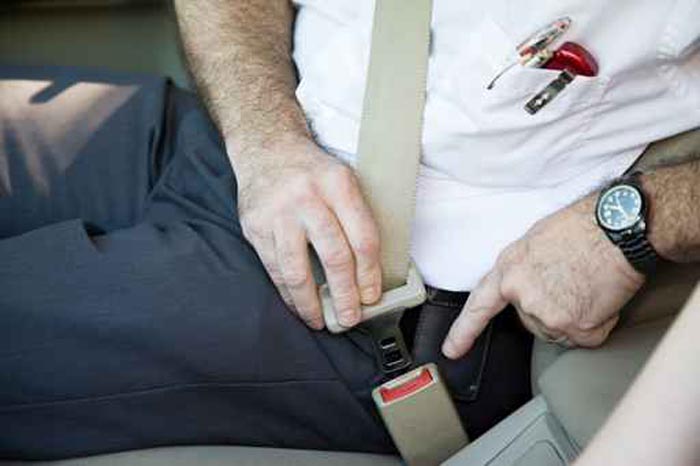 Before Buckling Down, Buckle Up

“Every five seconds, someone in a motor vehicle becomes a traffic accident statistic, involved in one of more than six million crashes that occur every year in the United States,” says LIUNA General Secretary-Treasurer and LHSFNA Labor Co-Chairman Armand E. Sabitoni. “And every 12 minutes, one of these drivers or passengers is killed.”

Regardless of how, why or where these accidents occur, more than half of the victims have something in common: They are not wearing seat belts, the most effective means of preventing injury and death.

Over a million people worldwide die in motor vehicle crashes every year. Traffic accidents are the leading cause of death for people ages six to 27 and the fifth leading cause for all ages. Only cancer, heart attacks, strokes and chronic lower respiratory disease claim more lives. Wearing a seat belt would prevent many of these deaths as well as the severity of many injuries.

On or off the clock, traffic accidents exact a toll on businesses. Every year, employers pay out over $60 billion in related medical and legal costs, property damage and lost productivity. Premiums rise for workers’ compensation as well as for health and disability insurance.

For all employers or those who drive as part of their jobs, driver safety programs with mandatory seat belt use can reduce employee risk and protect bottom lines. Additionally, employers should stress the necessity of seat belt use when commuting to and from work.

What seat belts do:

Traffic accidents can occur in a split second, oftentimes with horrifying consequences, particularly when seat belts are not worn. Vehicles stop abruptly, but the occupants do not. At the same speed traveled before the crash, people are vaulted from their seats hitting steering wheels, dashboards, windshields and each other. If they are ejected from the vehicles, the odds of surviving a crash are greatly reduced. Serious injury and death are common, even at speeds well below 35 miles per hour. However, seat belt use reduces the risk of dying in a car crash by 45 percent and in a truck or SUV crash by as much as 60 percent.

“The benefits of seat belt use are undeniable,” says Sabitoni. “Make a habit of always wearing yours. Buckling up, both on and off the job, is the key to saving lives and preventing serious injuries.”