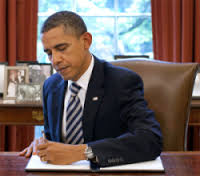 When President Obama signed an executive order on July 31st to include worker safety and health as part of the bidding process for awarding government contracts, he took a step that could lead to major change for the construction industry. Part of the president’s Year of Action, this order comes on the heels of February’s executive order to raise the minimum wage for all federal contractors to $10.10 an hour, which prompted a number of states to reconsider their own minimum wage laws.

The new executive order, explained in greater detail in this White House fact sheet, requires companies applying for federal contracts to disclose labor violations from the previous three years across 14 federal statutes. Among these statues are wage and hour laws (including Davis-Bacon infringements and worker misclassification), safety and health laws and civil rights protections.

“This executive order leverages the federal government’s buying power to level the playing field for contractors doing it the right way and removes the profit incentive from being a scofflaw,” says Walter Jones, the LHSFNA’s Associate Director of Occupational Safety and Health. “Unlike general industry, in construction, the owner has no official role in employee health and safety on projects. Statutorily, that is primarily the domain of the contractor. Here’s a case where the owner is actually the public, and we are requiring contractors to consistently meet basic workplace fairness requirements in order to secure participation on federal projects.” 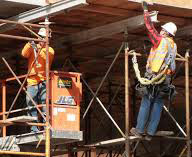 The order empowers agencies to take contractors’ health and safety records and prior OSHA violations into account during the bidding process, meaning it’s no longer as simple as who submits the lowest bid. “Contractors who invest in their workers’ safety and maintain a fair and equitable workplace shouldn’t have to compete with contractors who offer lowball bids − based on savings from skirting the law,” said an administration official. Equally important is a provision that requires contractors to declare their subcontractors’ safety violations as well, an issue that’s garnered growing attention as subcontracting becomes more commonplace in construction.

“[This] executive order is an important step to ensure that workers are protected, businesses have a fair shot to compete, and taxpayers get the best bang for their buck,” said U.S. Secretary of Labor Thomas E. Perez. “Cheaters shouldn’t win, and this action ensures they won’t.”

The new process aims to bring more companies into compliance, and will have measures in place to alert contractors whether violations will affect their eligibility and give them a chance to remedy these issues. Many states already employ responsible bidder screening programs, but with the federal government continuing to be the largest buyer of construction services in the U.S., this change may foster improvements in worker safety and health on a much larger scale. 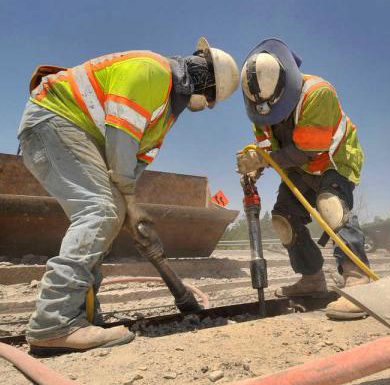 It’s a change the LHSFNA called for as recently as March, and one that’s been on the radar since 2010, when a health and safety committee formed by the Building Trades Construction Department (BCTD) pushed to have occupational safety and health considered as part of safe and sustainable construction within the Leadership in Energy and Environmental Design (LEED) program.

Requiring contractors and their subcontractors to prequalify should improve compliance on private construction sites as well, since contractors will need to prevent labor violations across the board if they wish to bid on lucrative federal contracts.

“Harvard University, the largest buyer of construction services in Boston, initiated a similar venture that required all contractors interested in competing for future work to voluntarily supply their Environmental and Occupational Health Sciences records to a database that rated them based on compliance and risk,” says Jones. “Top-rated contractors were first in line for future opportunities and poor performers were given incentives to improve their performance.”

In 2010, the Government Accountability Office’s found that nearly two-thirds of the 50 largest violators were able to procure new federal contracts. The true reach of this executive order’s impact on worker safety and health won’t be known until after it goes into effect in 2016, but it’s a tremendous step in the right direction.