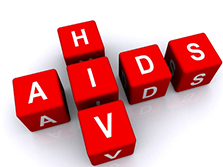 Have you been tested for HIV, the virus that causes AIDS?

If your answer is no, you’re not alone, which makes this a serious problem. While HIV seldom makes the headlines these days and strides in prevention, care and testing continue, make no mistake, the virus is flourishing. And not just in places like Sub-Saharan Africa where 25 million people are infected.

The Centers for Disease Control and Prevention (CDC) estimate that 1.2 million people in the United States are infected with HIV and that nearly one in eight aren’t aware. (In Canada, 71,300 people live with HIV and one in four don’t know it.) Undiagnosed HIV infections are a major obstacle in eradicating AIDS. In the U.S. alone, 50,000 people are newly infected every year and more than 13,000 people with AIDS die.

The CDC recommends everyone between the ages of 13 and 64 be tested for HIV at least once as part of routine health care.

You should be tested again if you:

You should also get tested again if:

HIV attacks the immune system but the body is often symptomless for years while it does so. People who are HIV-positive and not receiving treatment are vulnerable to a host of bacterial and viral infections, illnesses caused by parasites and fungi and cancers. These opportunistic infections are difficult to treat and are usually a signal that HIV has progressed to AIDS. The only way to know if you have HIV is to be tested.

Despite the consequences of undiagnosed HIV, a survey from the Kaiser Family Foundation finds that many Americans don’t consider the virus a major health problem. Even worse, this feeling persists among people engaging in behaviors that increase risk for getting infected like unprotected sex and intravenous drug use. HIV can also be passed from an infected mother to her child during pregnancy, birth or breast-feeding. While rigorous testing makes this risk remote in the U.S. and Canada, HIV can also be transmitted through contaminated blood transfusions and organ/tissue transplants. 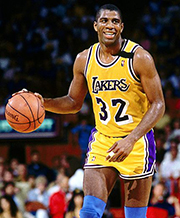 The HIV test, involving either a cheek swab or a finger prick, is simple, quick and it saves lives. People who learn they are infected can make behavior changes that will improve their health and reduce their risk of transmitting the virus to others. They can also begin receiving treatment that can lower the amount of the virus in their body. As it has done for Basketball Hall of Famer Magic Johnson, early and ongoing treatment for HIV can make it possible to live a long, healthy and productive life. Johnson’s HIV diagnosis in 1991 forced him to retire from the Los Angeles Lakers, but in the 24 years since, he has maintained his health (and become successful in business) by being vigilant in taking a daily cocktail of virus-suppressing medication.

Take care of yourself and the people you love. Make behavior choices that reduce likelihood for HIV exposure. Also get screened and learn your HIV status. If you are HIV-positive, take your medication as prescribed and follow a lifestyle that will ensure you remain healthy.