Violence in the Workplace: Keep It out of Yours 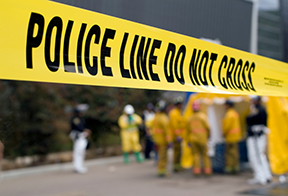 “Two million workers in the United States are victims of workplace violence every year, a statistic that includes construction workers,” says LIUNA General President Terry O’Sullivan. “No one should go to work in an environment where they have to worry about becoming a victim. More needs to be done to protect them.”

Construction sites were the scenes of 130 assaults on construction workers in 2014. But the possibility of violence exists in every workplace. What may be a surprise to some people is that health care settings are where it happens most often and health care workers, some of whom are LIUNA members, are usually the targets.

The most common types of violence in medical settings involve patients and visitors of patients hitting, kicking and beating health care providers. In 2014, more than 11,000 of these incidents were reported. Nurses are especially vulnerable, as they spend the most time with patients and their families. In 2014, three in 10 nurses reported physical abuse according to the Journal of Emergency Nursing. Verbal abuse is also common. 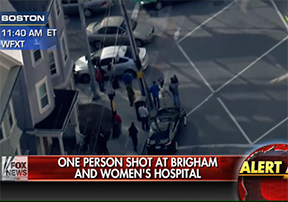 There are also homicides. Increasingly, these crimes involve guns. In the 12 months leading up to the January 2015 shooting death of a Boston surgeon killed by the son of a deceased patient, there were 14 other active shooter incidents in hospitals that left 15 people dead. Over the last 10 years, incidents involving active shooters in U.S. hospitals have increased to more than one a month.

Federal OSHA does not have a workplace violence prevention standard but a number of state OSHAs have developed their own. As of August 2015, nine states require certain health care facilities to have workplace safety programs. California OSHA, which has had its standard since 1993, is now proposing updates. Other state programs have incorporated elements of the current California OSHA standard and it is likely they will do so again once the latest updates are approved. 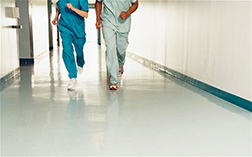 Ninety-three percent of these events occurred when a health care provider was assisting a patient, caregiver or a client.

Stop Violence before It Starts

No workplace, health care or otherwise, is immune to the possibility of violence and employees shouldn’t have to worry that there are no procedures in place to help keep them safe. The LHSFNA has developed its own workplace safety program that assists in the prevention and management of workplace violence. It can be ordered through the Fund’s Publications Catalogue.