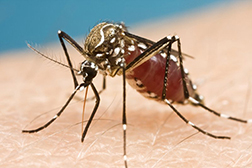 Since we last wrote about Zika in our June issue of Lifelines, the situation surrounding the virus has continued to evolve. More than 1,800 cases have been reported in the continental U.S., including more than 400 pregnant women.

Zika in the Continental U.S.

Zika has been reported in 48 states and the District of Columbia. Most of these cases are travel-related, but at least 42 locally acquired cases have been reported in Florida. All but one are connected to mosquitoes in two areas of Miami-Dade County, prompting the Centers for Disease Control and Prevention (CDC) to issue travel advisories and other guidance for pregnant women and their partners and for couples thinking about getting pregnant who live in or who have visited these sections. The other local transmission of Zika occurred in the Tampa Bay area.

Over 200 cases of Zika have been reported. Most are travel-related. Two others involved sexual transmission and one involved a mother passing the virus to her unborn baby.

The Public Health Agency of Canada is working closely with the CDC and recommends similar travel precautions for pregnant women and for couples thinking about becoming pregnant.

The CDC has reported at least 15 babies in the U.S. born with birth defects related to Zika and an infant in Texas has died. This is the second Zika-related death in the continental U.S. An elderly man in Utah who died in June was the first, but not the first U.S. death. That occurred in Puerto Rico in February. The victim was also an elderly man. 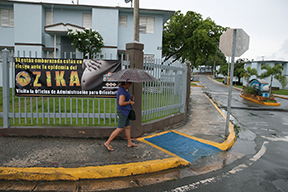 The Department of Health and Human Services has declared a public health emergency in Puerto Rico, where more than 10,000 cases of Zika have been reported. Doing so frees up more funding and other support to help Puerto Rico’s government fight the virus. Puerto Rico has been particularly hard hit by Zika due to its tropical climate and lack of infrastructure for mosquito control.

Cases of Zika have also been reported in American Samoa and the U.S. Virgin Islands.

In addition to a possible link between Zika and Guillain-Barre syndrome, a form of paralysis, scientists are also looking at a possible connection between Zika and a severe joint condition called arthrogryposis that affects a fetus and results in joints and muscles that are curved and contracted at birth.

Research is ongoing in developing a vaccine that can protect against Zika. The federal government has shifted $81 million in funds from other projects toward this cause. A clinical trial is underway at the National Institutes of Health but it could be years before a vaccine is available to the general public.

A field trial for the release of genetically engineered mosquitoes that could potentially stop the spread of Zika has been approved by the Food and Drug Administration for the Florida town of Key Haven. The Florida Keys Mosquito Control District has to greenlight the trial before it can be launched.

The CDC’s travel advisory for Zika and its guidelines for all pregnant women and couples thinking about becoming pregnant is available here.

Residents throughout the U.S. and its territories continue to be encouraged to get rid of mosquito-breeding sites at their homes and businesses by dumping standing water that has accumulated in trash cans, wheelbarrows and buckets and cleaning out gutters. It is also recommended that they wear insect repellant.

The Facts about Zika and A Zika Update and Outlook for 2016 contain additional information on what you can do to protect yourself, your family and your employees from Zika and other mosquito-borne illnesses.

Stay up-to-date on Zika by visiting the CDC’s Areas with Zika and main Zika pages.