Stigma: Why the Words We Use to Describe People Matter

What words come to mind when you hear the term “mental illness”? “Crazy” or “insane” are common answers. These words are often an easy way to describe someone’s behavior that we don’t fully understand. Instead of saying that someone has schizophrenia or is suffering from bipolar disorder, we just say they are “acting crazy.” 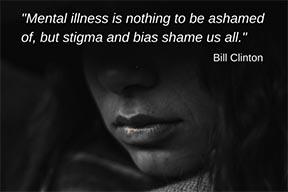 But there’s a problem with describing mental illness in this way – it places all the blame on the victim. If someone breaks their leg in a car accident, we don’t blame them for having a physical injury. Mental health conditions are caused by a complex mix of genetic, biological, psychological and environmental factors, most of which are beyond a person’s control. Using words like “crazy” or “nuts” doesn’t acknowledge that the person has a legitimate mental illness that isn’t their fault and can be treated. A mental illness isn’t any less real than a physical injury simply because we can’t see it.

About 44 million adults in the U.S. are currently living with some form of mental illness. That’s one in every five adults. About 60 percent of these people don’t receive any treatment in a given year. There are many reasons why someone with a mental health condition might choose not to get treatment. One major factor is that the stigma associated with these conditions can discourage people from seeking the help they need. Without the support of their family members, friends and communities, people can drop out of treatment or avoid it entirely out of fear of being associated with negative stereotypes. 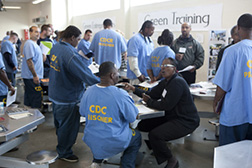 Stigma is the negative attitude that people feel towards a certain trait, circumstance or person. These negative feelings show up all the time in our society, sometimes without us even realizing it. For example, there’s often a stigma associated with having been in prison. The term “ex-con” reinforces these negative feelings by labeling the person by that trait. Although it may not be intentional, referring to someone as an “ex-con” reminds the individual and society of their past actions and ensures those negative associations stick with them into the future.

Reducing the stigma that often goes hand-in-hand with mental health conditions has become even more important because of the ongoing opioid crisis. It’s estimated that about 2.5 million people in the U.S. are struggling with dependence and addiction issues due to opioids, which include both prescription painkillers and illegal drugs like heroin. Almost eight million people have both a mental disorder and a substance use disorder. In Facing Addiction in America, former U.S. Surgeon General Vivek Murthy said that addiction “isn’t evidence of a character flaw or a moral failing” but is instead “a chronic disease of the brain that deserves the same compassion that any other chronic illness does.” There are several possible ways to reduce stigma when discussing addiction.

Separate the person from the disease. As much as possible, try not to define a person by their addiction. For example, instead of referring to someone as an “addict” or “drug abuser” say the person is suffering from addiction or has a substance use disorder. The same thing goes for more specific diseases – instead of saying someone is an “alcoholic,” say the person “has an alcohol addiction.”

This may seem like a small distinction, but it’s an important one. Language like this helps show that the real root of the problem is the disease and not the individual. It also doesn’t define a person by a single label. For instance, a person is not just an addict – they may also be a mother, a daughter, a co-worker, a runner, an animal lover or many other things. In short, we are all more than our best or worst trait.

Know the difference between addiction and dependence. Addiction and dependence are often used interchangeably, but they do not mean the same thing. Dependence means relying on a substance to function normally. People can be dependent on blood pressure medication, for example. A person may need more of a substance to achieve the same effect over time and could experience withdrawal symptoms without it, but that is only a sign of physical dependence, not addiction. 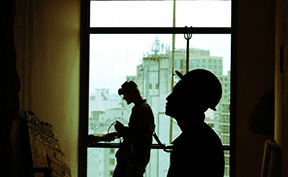 Dependence crosses into addiction when a person compulsively continues using a substance despite negative consequences. These could include negative health effects like impairment or negative impacts on a person’s job or relationships with family and friends. So while all addiction includes dependence, it is possible for a person to be dependent on a substance without being addicted to it.

Raising awareness about the difference between addiction and dependence could help you make this distinction about yourself or for a family member, friend or co-worker. With many construction workers across the country being prescribed opioids to manage pain for on-the-job injuries, being able to distinguish between addiction and dependence could help reduce abuse of these potentially harmful prescription drugs. While removing the negative stigma associated with these kinds of issues seems like a small step, it can be the difference between someone reaching out for help and staying silent.