Lyme disease is the most common tick-borne illness in the United States and Canada, but it’s not the only disease to be concerned about if you’ve been bitten by a blacklegged tick (sometimes referred to as a deer tick). Blacklegged ticks can also transmit other pathogens including the Powassan virus (POW), which while rare, can be deadly. 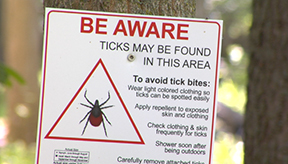 Two men from Cape Cod died this year after being infected with the Powassan virus. This brings the number of POW deaths in the U.S. to 10 and the number of diagnosed cases to 79 in the 11 years that the Centers for Disease Control and Prevention (CDC) has been tracking POW. Most cases have occurred in the northeastern and Great Lakes regions during the late spring, early summer and mid-fall. However, as we wrote about in our June article on Lyme disease, the blacklegged tick population is increasing and expanding into other areas of the U.S. and Canada, putting more people at risk. POW is another reason why it’s important to take precautions that can discourage ticks from latching onto you and to be vigilant about checking for ticks after spending time outside.

How Did That Tick Find You? 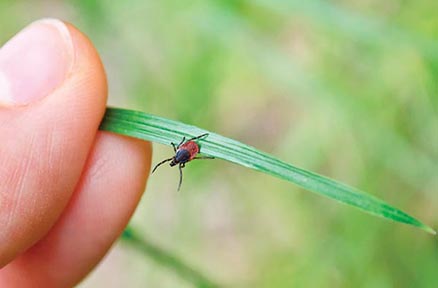 This helps ticks identify where to lie in wait: well-used paths such as hiking trails, bodies of water visited by animals and people and around trees and bushes in suburban yards.

Ticks don’t fly or jump. Instead they do something called “questing” – holding a leaf or blade of grass with their third and fourth pair of legs while keeping the first and second pair outstretched, waiting for a host. When a person or an animal brushes up, they quickly climb on.

Why Is Powassan So Dangerous?

Powassan virus can cause encephalitis (inflammation of the brain) and meningitis (inflammation of the membranes surrounding the brain and spinal cord). More than 10 percent of POW cases are fatal. About half of its survivors have been left with permanent neurological problems such as recurring headaches, muscle wasting and memory loss. Many people who develop Powassan do not experience any symptoms, but for those who do, symptoms can include:

Unlike Lyme disease, which sometimes causes a bull’s-eye rash and can be treated with antibiotics, there are no unique, visible symptoms of POW or any specific drug treatment. Severe cases often require hospitalization, respiratory support and intravenous fluids. Another concern is that an infected tick may be able to transmit POW in as little 15 minutes, making it unlikely that it will be discovered and removed in time. In order to transmit Lyme disease, an infected tick must be attached for 36-48 hours, which allows people more time to discover and remove ticks before transmission is complete.

Ticks are everywhere and anyone who spends time outdoors, regardless of the time of year, is at risk for tick-borne illnesses. Ticks are less active in cold weather, but they do not hibernate. That’s why it’s important to always use tick repellent and check yourself for ticks when you’ve been outside. 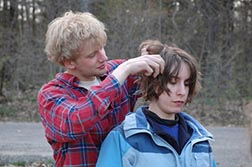 The LHSFNA’s Health Alert on Lyme disease provides information that Laborers can use to help protect against these parasites. To order this and other Fund publications, go to www.lhsfna.org and click on Publications. You can also read more about how to prevent tick-borne illnesses in our June 2017 article, “Lyme Disease Could Be Lurking in Your Lawn.”

The American Lyme Disease Association website lists 15 common tick-borne diseases, locations where you are at risk, symptoms of illness and if treatment is available. The CDC also offers an online manual with more information on all of the tick-borne diseases in North America that can be accessed here.