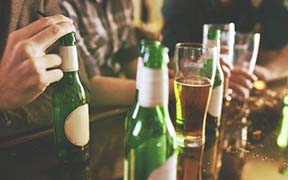 All of the attention being paid to the opioid epidemic can make it easy to overlook other types of substance abuse that can be just as devastating for construction workers and their families. New data is showing that alcohol use and abuse is rising among U.S. adults. More than 12 percent of Americans now suffer from an alcohol abuse disorder. In the construction industry, alcohol abuse contributes to health problems for workers as well as increased absenteeism and lost productivity.

As alcohol abuse disorders become more common, deaths from liver disease, which is often linked to alcohol, are also increasing. A recent study found that deaths from cirrhosis (end-stage liver disease) jumped by 65 percent from 1999-2016, while deaths from liver cancer (which can develop after cirrhosis) doubled. Liver disease is typically associated with an older population, but this study found that adults between the ages of 25-34 are experiencing the largest annual increase of liver-related deaths. Most of these premature deaths were traced to excessive drinking, indicating that a new generation is struggling with alcohol misuse, including binge drinking and chronic heavy drinking. 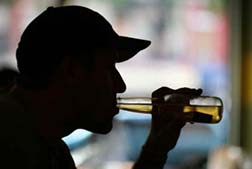 Are You an Excessive Drinker?

Excessive drinking includes binge drinking, heavy drinking and any drinking by pregnant women or people under 21.

Binge drinking, the most common form of excessive drinking, is defined as consuming:

Heavy drinking is defined as consuming:

A standard drink is generally defined as:

The study’s findings match up with what doctors are observing in their practices. “There’s been a shift in the kind of patient we’re seeing,” said Dr. Sumeet Asrani. “We’re seeing younger and younger patients with alcoholic liver disease.”

Cirrhosis, which kills approximately 31,000 Americans every year, is a buildup of scar tissue that makes the liver lumpy and hard, affecting its ability to filter blood and metabolize nutrients and medications. Like many serious illnesses, cirrhosis can be silent for many years. Symptoms include:

A number of diseases, including hepatitis C and fatty liver disease, can cause cirrhosis, but most cases are caused by misuse of alcohol and could be prevented by eliminating excessive drinking. Cirrhosis cannot be cured, but it can be managed. The good news from the study is that early liver damage can sometimes be reversed. Many people can recover if they stop drinking, making it important to get help.

“I’ve had patients who came to me in a wheelchair,” said Dr. Elliot Tapper, a liver specialist at the University of Michigan Medical School. “Three months later, they’re shoveling snow and their lab tests are normal. It’s always because they made the choice to stop drinking.”

According to research published by the Centers for Disease Control and Prevention (CDC), one in 10 deaths among working-age adults are linked to excessive drinking and most victims were not alcoholics. According to the CDC, they are simply drinking too much too often and increasing their risk for harmful situations and conditions.

The LHSFNA offers many resources that can help LIUNA District Councils, Local Unions and signatory contractors address drug-free workplace issues. These resources include reviewing policies and developing and providing employee and supervisor education and training.

The Fund has educational materials on alcohol, prescription drugs, marijuana and opioids that can be used during toolbox talks, safety trainings or to raise awareness. These items are available through our online Publications Catalogue. For more information, contact the Fund’s Health Promotion Division at 202-628-5465.