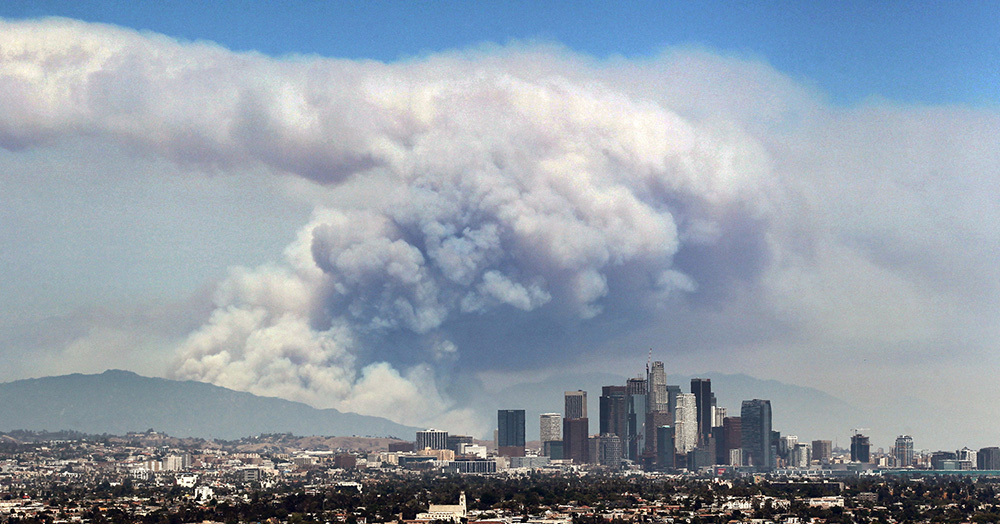 In 2018, California experienced the deadliest and most destructive wildfire season in its history. Over 100 people died, more than 22,000 homes and other buildings were destroyed and almost two million acres burned. Even for the millions of Californians who weren’t in their direct path, the effects of these deadly fires were felt hundreds of miles away in the form of reduced air quality.

Fine particulate matter (known as PM2.5), which is made up of burned wood and other debris suspended in smoke, can get deep into the lungs, reducing lung function and worsening heart and respiratory conditions. Beyond the immediate threats to a person’s health from breathing in air with these contaminants, there’s growing evidence that exposure can sensitize a person’s immune system and lead to asthma, allergic reactions and other long-term lung issues.

Starting in August, California became the first state in the U.S. to protect outdoor workers from wildfire smoke. That’s significant in a state that experiences more wildfires than anywhere in the U.S.

“This new regulation enacts safeguards to protect construction laborers and other outdoor workers from the health risks of wildfire smoke,” says LIUNA General President Terry O’Sullivan. “Health officials usually recommend the general public limit time outdoors during times of poor air quality, but outdoor workers don’t have this luxury. Now workers in California, including thousands of LIUNA members, will have concrete steps in place to protect their health as well.”

A new emergency regulation requires employers with outdoor workers to take protective measures once the Air Quality Index (AQI) for PM2.5 reaches 151 and when it’s reasonable that employees may be exposed to wildfire smoke. At an AQI of 151 or higher, employers have to move workers to an area with an AQI below 151, such as indoors or to another location with filtered air. If it’s not feasible to relocate workers, employers must provide workers with respirators, such as N95s. For more information on choosing the proper respirator to filter airborne particulate matter, see our January 2019 article, “The Difference Between Dust Masks, N95s and Other Respirators.” As with other standards, the use of respirators requires employers to have a comprehensive program that includes training and medical fit testing for workers. 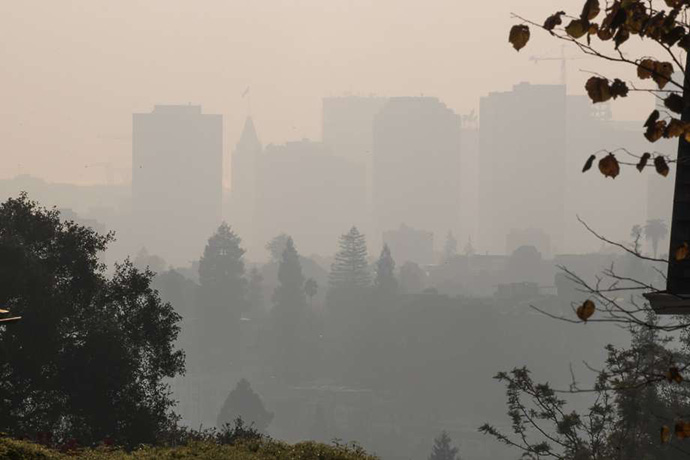 What Is the Air Quality Index?

Employers will also have to implement a system to inform workers of wildfire smoke hazards and available protective measures, then train workers on the controls being used on site, including the use of respirators. The regulation doesn’t apply to indoor workers, workers in enclosed vehicles with filtered air or firefighters actively engaged in wildland firefighting. The regulation also doesn’t cover short-term exposures of less than one hour.

So how bad is an AQI of 151 in terms of air quality, and how often does AQI rise above that level during wildfires? According to the AQI chart below, an AQI of 151 or greater is deemed “Unhealthy.” That means all groups may begin to experience adverse health effects, with sensitive groups (e.g., people with lung disease, children and older adults) more likely to experience serious health effects. At this AQI, it’s recommended these sensitive groups avoid heavy exertion outdoors and that the general public limit prolonged exertion outdoors. 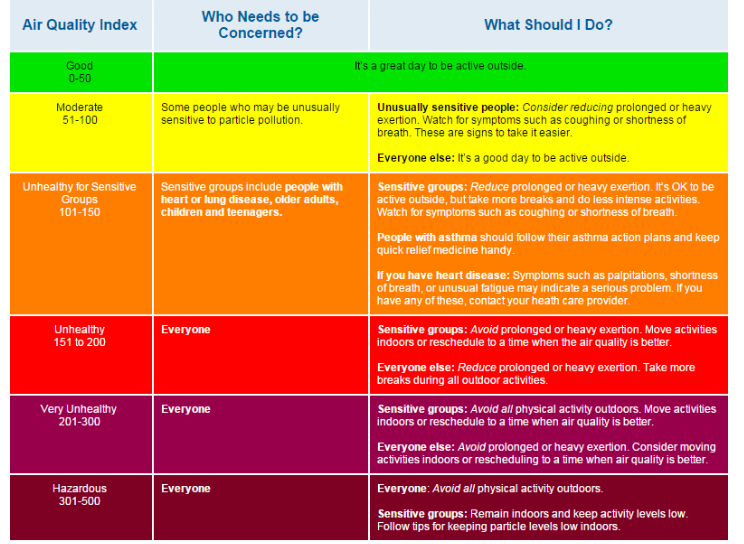 At one point during the 2018 wildfire season, the smoke was so thick around Sacramento that it blocked out the sun. The AQI in Sacramento at the time was in the 301-500 range (a health emergency for the entire population), but even 80 miles away in Oakland, the AQI was still above 151. As you can see in the image below from AQICN, wildfire season in California can produce unhealthy air quality conditions across a wide area of the state. Many variables, including weather conditions like strong winds, changes in elevation and other factors, all contribute to how far particulate matter is carried from the source of a wildfire. 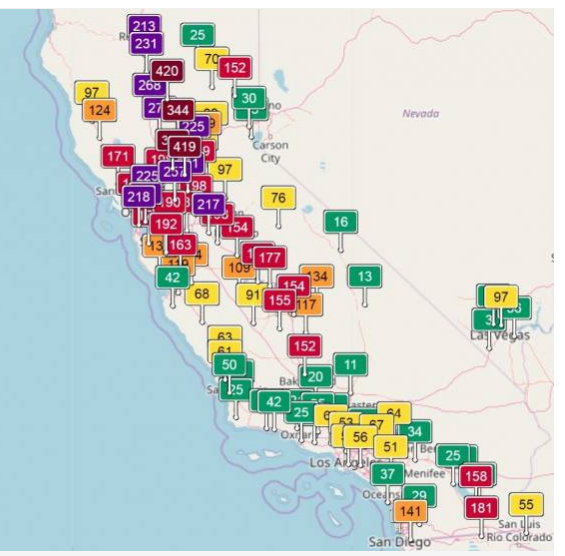 The short timeframe of the emergency rulemaking did cause controversy, with some claiming the rule didn’t go far enough to protect workers, and others claiming it didn’t give enough direction to employers. Cal/OSHA acknowledged these shortcomings, but as Standards Board labor member David Harrison commented, “Don’t let ‘perfect’ get in the way of ‘good’.” Cal/OSHA will soon begin work on a permanent version of this regulation. In the future, this rule may serve as a model for other states seeking to protect outdoor workers during times of reduced air quality. While wildfires are most common in California, they do occur in many other states in the U.S.